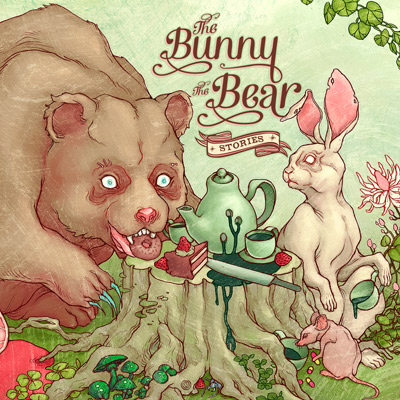 The Bunny The Bear

The fourth album in as many years from Buffalo, New York-based electro-screamcore band the Bunny The Bear doesn’t break any new ground from their previous work—if you’re a fan of their heavy guitars-over-stomping-techno-beats approach, you’ll find 11 more doses of it here. Some tracks (“In Like Flynn,” “Melody,” “Imagine”) are high-energy dance numbers, while “The Frog” jacks up the guitars and the noise levels to a point where it might almost qualify as metal, and “It’s Not Always Cold In Buffalo” has all the melodrama of a power ballad on a John Hughes movie soundtrack. The vocals of Matt “The Bunny” Tybor and Chris “The Bear” Hutka don’t really go with the music very well at all; they sound like two guys who kicked in the door of a techno club and started randomly shouting at people. But if you find their schtick more amusing than infuriating (the easily butthurt need not apply), Stories will make you happy.