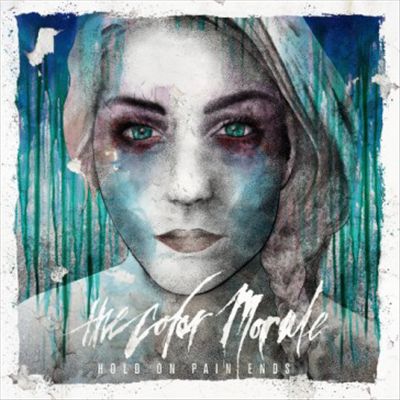 There will always be casualties when musicians want to change but fans want them to stay the same. That doesn’t stop the Color Morale from adding plenty of pop choruses to their post-hardcore palate on Hold On Pain Ends, while keeping their metalcore tendencies, too. TCM’s stretch marks are seen when “Outer Demons” stumbles in with mush-mouthed vocals. “Prey For Me” picks back up with a stinging lead (think late-era Saosin) and victorious gang chant; it’s not until “Lifeline (Left To Write)” does a chorus really hit home. We Came As Romans’ Dave Stephens adds his scathing screams to “Suicide; Stigma,” but it’s an average tune held up by its anti-suicide sentiment. “Developing Negative” rebounds from a belly flop (“The Ones Forgotten By The One Forgetting”) with a gorgeous, swirling chorus, and that’s before Craig Owens’ visiting highs come into play. Hold On Pain Ends concludes with its title track, where Garret Rapp’s ever-quotable lyrics exceed the song’s execution. (Acoustic isn’t TCM’s forte.) Brilliance strikes just before it in “Throw Your Roses,” an answer to anyone who thinks this band’s progression is in vain.