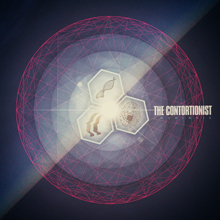 The Contortionist’s debut, 2010’s Exoplanet, smashed together deathcore with post-rock and made the band a major player in the prog-metal scene. But with Intrinsic, the band find themselves reinventing their own rulebook with a larger focus on atmosphere and melody while still keeping it heavy. Dropping the scenecore gimmicks, the band pen their most crushing riffs to date (“Cortical,” “Anatomy Anomalies”) while simultaneously harnessing greater restraint, giving more attention to keyboards and clean passages (“Parallel Trance”). The band’s ability to balance chaos and solemnity have never been better, breaking from soft, ethereal passages into grueling, mosh-ready grooves at the drop of a hat. Vocalist Jonathan Carpenter gets a healthy slathering of vocoder effects throughout, giving Intrinsic a celestial post-rock vibe. Carpenter soars through melodies alongside complex yet relaxing clean sections fronted by ominous keys. The Contortionist have mellowed out in the best way possible while still delivering punishingly intricate cuts throughout.