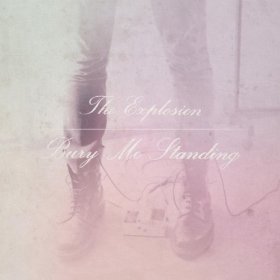 Enthusiastic Boston punkers the Explosion may be long buried, but they won’t go out without one last posthumous shot over the bow. Their long-delayed third album—originally slated for a 2007 release on Virgin Records, then a 2008 release on Paper + Plastick—has finally seen daylight via the Bouncing Souls’ Chunksaah Records, validating the band’s reputation as one of the finest punk acts of the post-millennium.

Bury Me Standing is probably the band’s finest work since their 2000 debut, Flash Flash Flash; on it, they forsake their hardcore/thrash roots, spread out sonically (the rockabilly-punk rave-up “It Ain’t Right” opens with piano) and embrace a hooky power-pop/punk spirit not far removed from classic acts such as the Saints, U.K. Subs and the Damned. The album’s best cut is the nearly five-minute “N Y C D,” whose moody, slow-burning garage-blues boasts thin, chiming guitars, a harmonica and a haunting post-apocalyptic feel straight off the Clash’s Sandinista!. Other highlights include the gritty, shout-along old school-style anthem “Save Us” and the racing album closer “Warning.”

The shame of the Explosion’s 2007 dissolution shines brightly across this album. It’s clear they made peace with who they were, and were on their way to becoming something more. They never got there, but oftentimes it’s about the journey and not the destination. Bury Me Standing serves notice that the trip wasn’t for naught.