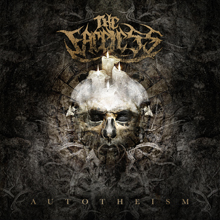 The Faceless were far superior to the majority of their tech-death peers even on their debut, 2006’s Akeldama; they blasted and broke down like everyone else, but genuinely necessary keyboards and other original touches vaulted them out of the pack. Two years later, Planetary Duality cemented their awesomeness, and now, on their third album, they’ve gone completely insane. There’s lots of death metal still to be heard, but they’ve added Mike Patton-esque crooning, pumped up the jazz-fusionesque bass in the mix, let the guitarist shred in a classical-thrash manner—hell, “Autotheist Movement III: Deconsecrate” has a saxophone solo! The lyrics and song titles indicate that their obsession with aliens hasn’t faded any, so okay. But the music is—and should be—the primary focus, and that’s a quantum leap beyond what they were doing four years ago. Essential.