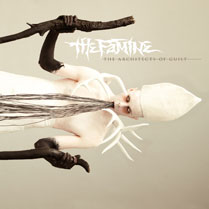 The Architects Of Guilt

It seems pretty clear that Texas-based death-metal band the Famine like the Black Dahlia Murder a lot. That’s fine; lots of people do. But there are a few moves cribbed straight from the BDM playbook on The Architects Of Guilt, including but not limited to the screech-and-growl vocals, the melodic solos tucked into death-metal riff-storms and the ability to write songs that are damn close to catchy while staying extreme. Oh, and then there’s the fact that the Famine use the exact same font as the Black Dahlia Murder for their name. But don’t blow this album off just because it has some superficial similarities to the work of another (excellent) band; The Architects Of Guilt is the work of an assured and talented group of musicians. Drummer Mark Garza’s playing is particularly impressive, adding unexpected subtlety to “Bigger Cages, Longer Chains!” while jackhammering the listener into submission on “The Crown And The Holy See” and “Ad Mortem.” Bassist-turned-vocalist Nick Nowell’s upper-register delivery is more powerful and unnerving than his death-metal roars, but he’s always a compelling presence, and guitarist Andrew Godwin offers catchy riffs and squiggly solos, as well as chugging breakdowns reminiscent of Demiricous’ excellent, overlooked Two (Poverty). This is the album you want to play for anyone who thinks Texas metal died with Dimebag Darrell.

“The Crown And The Holy See”