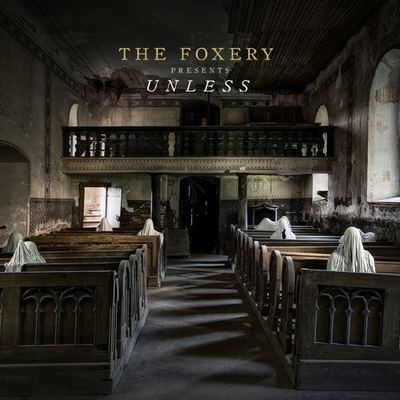 Well, here's an album that takes some time to figure out, Louisville, Kentucky-based post-hardcore/progressive emo sextet the Foxery have put out one dense, thick and largely great debut full-length. In vibe it conjures up Coheed And Cambria's ambition, but the sound is more rooted in mid-’90s emo; sometimes the songs sit somewhere in the middle of those two reference points, which ain't a bad place to be: While individual tunes exist, here the album moves mountains as a whole, one 47-minute monolith that contains many peaks and valleys.

Let's start with one valley, the slightly inappropriate production sound for when things get loud: Neither the band nor the way the album was engineered are particularly heavy, so when things do start crashing and booming it almost seems a bit anticlimactic. Even when the song sounds like apocalyptic metal crushers Isis, like in the midpoint of “The Gnashing II,” the end result is more a bunch of screamo guys covering Isis for fun, which is not a pretty sight. (The song redeems itself with its cinematic final third, however.)

But when the band are keeping things a bit more subdued, wow: The amazing album highlight “The Sorrow” is a phenomenal mix of third-album At The Drive-In and second-album Cerberus Shoal, and these are not comparisons to be thrown around lightly. “The Filth II” brings to mind the twang und collapse of Modest Mouse, and it works.

The raw-and-ragged approach works best when the band are working on the quieter side of things: Rarely have bands who are emoting this much utilized spoken word to such an effective degree as the Foxery do on Unless, and a general sense of drama and event that doesn't make you just roll your goddamn eyes. There's a lot going on here, and it's sometimes hard to love because of it, but it's real easy to like; plus, it shows great promise for the future, as long as the band avoid the path of bloated and tiring concept albums (which you can tell is one ill-advised awkward time change and silly storyline away) and stick to their strengths.