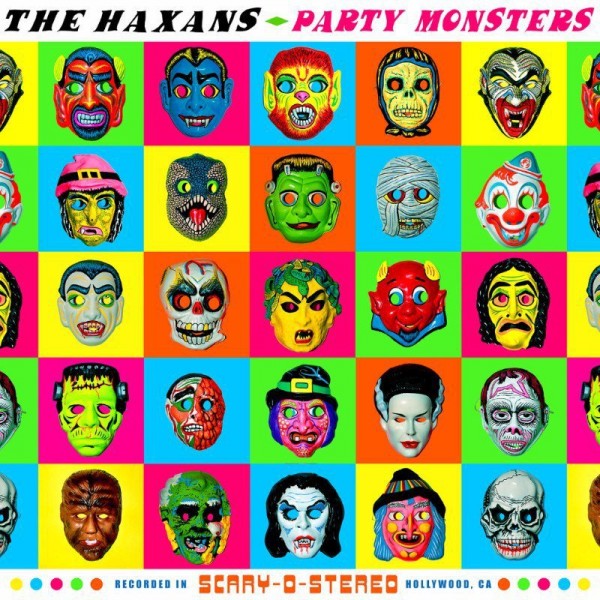 ROCKS LIKE: Creature Feature, the Birthday Massacre, Jack Off Jill

WHAT'S DIFFERENT: While the Haxans’ members may be derived from two bands that are positively spooky—New Years Day and Rob Zombie—their debut album brings the idea of Halloween every day to fruition, turning up the boo-scary and the fun dials up to 666. Delivering groovy tunes in a ‘70s-cartoon style packed with heavy riffs and chainsaw-screech vocals, this band of “Professional Weirdos” is here to evoke the mood for a Halloween party. The album is full of rock ’n’ roll bangers, with tracks like “Witch Wave” and “Lights Out!” dragging corpses to the dance floor.

WHY YOU SHOULD CARE: These are songs to be played outside heavily decorated houses on Devil’s Night. After a while, they may sound a little bit samey, with their big, howl-along choruses and exaggerated, on-the-nose, seasonal-aisle tropes. But you can’t blame the album for being cheesy or camp—because that’s precisely the point.