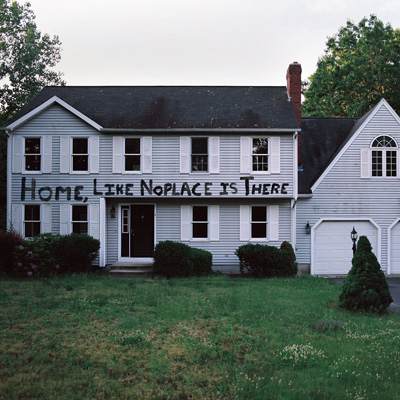 On Home, Like Noplace Is There, the Hotelier (formerly known as the Hotel Year) hold nothing back. Hope, despair, longing, unabashed excitement and love at its most naked surge from the speakers, every emotion both palpable and irresistible. Their stripped-back and organic-sounding punkish indie rock recalls early Jimmy Eat World, Texas Is The Reason, the Appleseed Cast, Penfold and the Weakerthans, and this album sees them stand toe to toe with any one of those bands, which is admirable to say the least.

The title of opening track, “An Introduction To The Album,” makes it sound throwaway but it is anything but. With a plaintive tone, it caresses you, ever so slowly increasing in intensity before reaching a crescendo that makes you want to punch the sky and/or hug the nearest person to you. The way the Hotelier shift between conflicting tones, often aided by abrupt time changes, never once fails to carry you with them. This is very much the case on “Your Deep Rest,” which interweaves playfulness and frail melancholy before evolving into something almost defiant, while “Among The Wildflowers” has too much going on to even try to break it down in a way that could do it justice.

The naked anger of “Life In Drag” sees the band kick things up a gear with vocalist Christian Holden screaming himself ragged, a desperation that haunts the track that in its way is as fragile and sublime as their most understated moments. Throughout, Holden’s voice is one of the band’s greatest attributes. Unpolished and more concerned with sincerity than perfection, it carries his often confessional lyrics with so much grace and emotion, though had he sung in a made up language the same sentiments could well be conveyed with as much potency.

Though it is doubtful that it will storm the mainstream, Home, Like Noplace Is There is a record that deserves to break free of the indie-rock niche that birthed it. If there is any justice it will at least be embraced by enough people to ensure that a follow-up emerges in the not-too-distant future, because the world needs more music as sincere and lovingly crafted as this—a lot more.