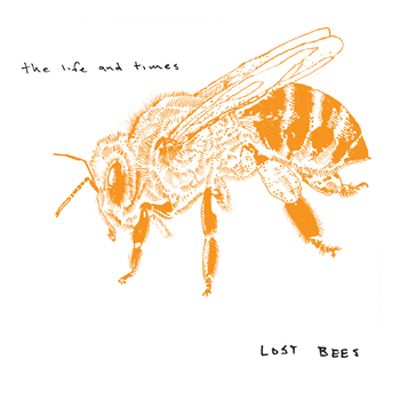 The Life And TImes

Allen Epley has now been heading the Life And Times just as long as he was fronting Shiner, thriving on a fertile, creative mindset that's gotten just as much mileage out of breathy alternative/space rock as he did with the late-’90s/early 2000s post-hardcore math rockers. The Life And Times' fourth album, Lost Bees is a dark, driving affair for anyone who thought Cave In could have gone in a looser, more experimental and yet emotionally subdued direction following their Creative Eclipses EP (check out the acoustic, Steve Brodsky-like “Palatine” for the closest example).

It actually leaves behind even more of the style's tropes than the band's past albums contained (cacophonous, swirling layers that can't help but paint a picture of a star-studded atmosphere and interstellar lyrical references), though, in favor of more esoteric left turns. There's the dissonant, electronic-splashed patter of “Eyes And Teeth,” which resembles a cut from the Sound Of Animals Fighting's Lover, The Lord Has Left Us remixes, and possibly accidental namechecks of their sort-of contemporaries: the instrumental “Maserati,” a title actually accurately reflected; and “Passion Pit” (less so, but the falsetto vocals might be a reference).

It's almost too loose at times, and there's a just a hint of teasing restraint to the more straightforward, nonetheless-rocking moments (“We Are” could nearly be a Torche demo). By the time the album begins to finish up with the patiently chilled-out, subtly psychedelic “God Only Knows,” the band are even recalling the cooly out-there vibe Stone Temple Pilots carry in their softer deep cuts. But this versatility, bolstered by almost random spots of chance familiarity and a refreshing take on a beloved, nerdy rock niche, makes it another enjoyable addition to Epley's sizable portfolio.