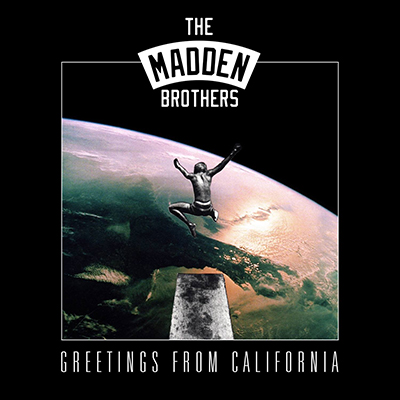 We all knew the Joel and Benji Madden were fond of a pop hook, but who knew behind the simple presentation and ebullient teenage smirk of Good Charlotte laid baroque pop sophistication? That’s one of the flavors the Madden Brothers sample as they make a break from their pop-punk past. It’s a distinct break whose unabashed dive into pop produces a couple surprising gems and a lot of really forgettable dross. When they stick to the ’60s Cali Pop of the uplifting “We Are Done” and dreamy “California Rain,” they produce some remarkably winning songs worthy of van-loads of bearded, guitar-toting indie popsters aping the Beach Boys and the Mommas And The Papas.

When they miss, though, it’s more unbearable than rush hour traffic on the 405. These failures include the sappy, reggae-tinged soul-pop wife ode, “U.R.” which squanders a cool jazzy intro on Joel Madden’s guilt at being away from home. The sentiment’s been trite at least since “Beth” and comes off Hallmark Card cheesy in a tune that seems intent on ripping off Michael Franti. The buzzing dance-pop “Jealousy (All Your Friends In Silverlake)” suggest Dad using text-speak, while the titular economy of bad-girl anthem “Bad” doesn’t do the stench justice.

There are plenty of poor decisions, most attributable to attempts to be trendy. When the Madden Brothers and producer Eric Valentine stick to the nostalgia, they’re golden. One of the most surprising tracks is the easy-listening “Good Gracious Abbey,” which successfully channels James Taylor folk/cocktail jazz. The hopeful, Beatles-esque jangle-pop “Suddenly” offers one of the prettiest songs the pair have ever written. Even though the rootsy, harmonica-packing “Brother” is far too long at five minutes, it may be the first time in decades someone tried to ape the Doobie Brothers.

The album has a story arc of the “boy gets girl, boy loses girl, boy finds self” variety that stylistically behaves like our galaxy, with a yawning black hole in the middle. But who listens to albums anyway? Ditch the story and stick to the highlights—“Out Of My Mind,” “We Are Done,” “California Rain” and “Suddenly”—and you have a remarkably sharp EP from a couple people you would never have expected. Like with hot dogs, it’s the filler the kills you.