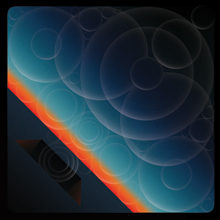 This review originally ran in AP 285.

The Mars Volta are members of a small yet esteemed echelon: a respected community of rock outfits whose new works—be they stellar or hideous—are always greeted with enthusiasm. Fortunately, Noctourniquet is a great installment to their canon: Frontman Cedric Bixler-Zavala earns his MVP status as the psychic Sherpa negotiating the band’s daring synergy of modern psychedelia (“Empty Vessels Make The Loudest Sound”), disorienting new wave and the tangled weaving of prog-rock and jazz-fusion idioms (“Zed And Two Naughts”). New drummer Deantoni Parks (who’s played on a number of guitarist Omar Rodriguez-Lopez’s solo albums) shines when he trades his bursts of stamina for off-kilter rhythmic ideas (“The Whip Hand,” “The Malkin Jewel”) and the breadth of Rodriguez-Lopez’s multi-directional muses are distilled into something far more visionary than the dross elderly hippies and Berklee grads are celebrating on prog-rock message boards. Power and passion haven’t sounded this vibrant in a while.