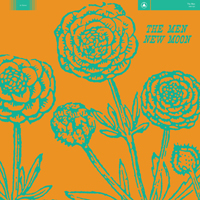 Rewind to 2011: New York amp molesters the Men make Leave Home, a gloriously oppressive record documenting unhealthy manifestations of seething attitude and amplifier vivisection somewhere between the sociopathic tendencies of the legendary Birthday Party and the blistering shuddering of contemporaries Pissed Jeans. Fast-forward to 2013: The band’s fourth album, New Moon, finds them dialing back their minimum daily requirement of attitude that made them so enthralling in the first place. That’s nothing new, as the shift began with 2012’s patently soporific Open Your Heart, where the band traded much of their bad juju for Byrds, Crazy Horse and Gram Parsons records. The high points find the Men melding their overmodulated past (“The Brass”) with their new melodic obsessions (“I Saw Her Face”). The low points render the band mere pretenders to outfits like Guided By Voices and Spoon. Moral: If you’re going to follow, carry a push broom and leave no trace.