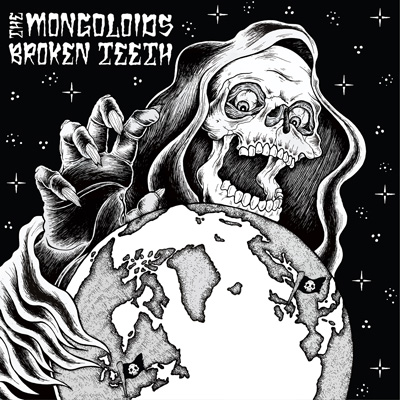 It’s a four-song split 7-inch by two hardcore bands named the Mongoloids and Broken Teeth. What more do you need to know? Oh, fine. The Mongoloids are a straight-edge five-piece from New Jersey; their vocalist sounds like he’s in his late 40s and weighs about 400 pounds, though he’s actually an average-sized 20-something bro. The music is strictly late-’80s CBGB matinee soundtrack material, perfect for punching strangers in their neck tattoos. Broken Teeth are even heavier and noisier (they’re from England, so they have to try harder); their vocalist sounds like a mastiff with throat cancer, and their music is looser, both punkier and more metallic at the same time—and more threatening for it. But this whole EP is only 10-and-a-half minutes long, so why not listen to the whole thing?