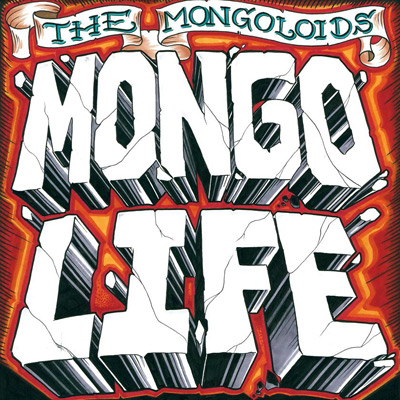 If testosterone made a noise as it passed through the male nervous system, it would quite likely sound like Mongo Life. Dealing in snub-nosed, thrash-flavored hardcore—or perhaps hardcore-flavored thrash is more succinct—the New Jersey quintet chug and stomp their way through 12 chunky tracks. Not fans of anything that could be regarded as “slow,” they hit hard in a mid-tempo groove but most come to life when they kick things up a gear and start throwing punches. “Live This Way” and “Go The Same Way” make the most significant impact, and the howling guitar leads clawing through them adds a little extra dimension. It’s also fair to say that the downbeat, pure country strum—yes, really—of the title track, which ends things, is somewhat unexpected and not bad at all.

However, the album faces one substantial stumbling block. As it carries on into its second half, you can’t help wondering if the band's collective tongue is lingering in the proximity of their cheek. The onus lies partly at the feet of the unyielding macho, chest-beating air, but more so in the vocals of Greg Falchetto, whose voice is pitched somewhere between Cookie Monster and a broken foghorn. His blaring, monotone barking tends to flatten everything around it and render it somewhat comical, and when they allow a more melodic vocal to creep into the mix (“Life Long Past”), it only highlights how little dynamic there is elsewhere on the record.

Still, if you like your hardcore mean, straight to the point and refusing to place so much as a big toe outside of the parameters within which they lurk, then much of Mongo Life will hit the spot. If you prefer a little more light and shade and dynamism, then you’re better off elsewhere.