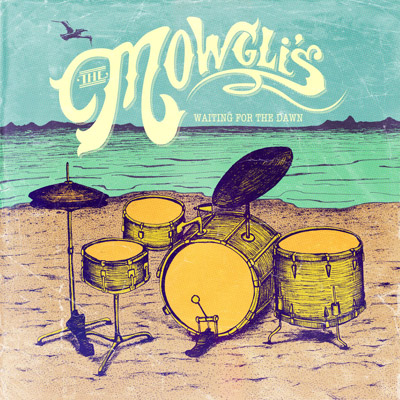 Waiting For The Dawn

The debut album from the Mowgli’s (misplaced apostrophe all theirs) sounds tailor-made for warm summer days. Look no further than lead single “San Francisco,” which is a jangly ball of ’60s pop sunshine that preaches love and harmony; likewise, this neo-hippie mentality makes its way onto nearly all of Waiting For The Dawn’s 13 tracks. Like Edward Sharpe And The Magnetic Zeros before them, the band play the kind of songs that go down smoothly and are sure bets for inclusion in a TV synch deal. (Seriously, close your eyes, and you can practically visualize the Volkswagen or Windows PC commercial clips that would accompany tracks like “Just Say It” and “Clean Light.”) It’s in this way that Waiting For The Dawn becomes bland, the sort of thing you’ve heard before and are sure to hear again—likely while watching Grey’s Anatomy or Modern Family. Poke around through the homogeneity and you’ll find some keepers (most notably the bobbing “Slowly Slowly”), but even though Waiting For The Dawn is a passable soundtrack for your summer parties, you’re likely to remember little of it the next morning.