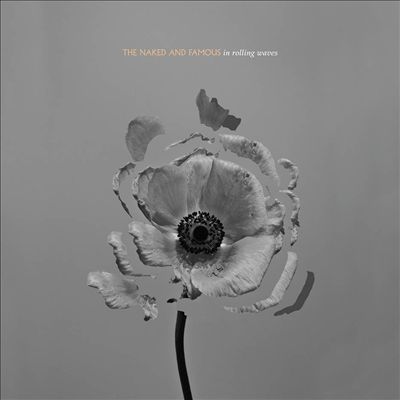 The Naked And Famous

You will hear few, if any, records this year as immediate as the sophomore outing from this New Zealand quintet. Building on the ultra-catchy 2011 single “Young Blood,” plus a slew of tracks that have been featured on TV soundtracks, In Rolling Waves accurately describes the Naked And Famous' sound: an epic swirl of synth-pop revivalism and arena-rock hooks that keeps crashing through your speakers until you‘re submerged. Majestic creations like the leadoff cut, “A Stillness” (which betrays its Laurel Canyon origins with driving acoustic guitars), “Hearts Like Ours” and the lovely, U2-tinged title track, match big ambitions with equally big results. For all its strengths, however, In Rolling Waves is far from a flawless creation. Its problems overlap: By the album’s second half, the collective weight of the slow-moving tempos, elongated song lengths and repeated Big Gestures (as well as the basic chord structures which underpin it all) induces fatigue instead of awe. The turning point of the collection is also the song that embodies all the band’s assets and weaknesses. “The Mess” is a duet between vocalists Alisa Xayalith and Thom Powers that has huge hit written all over it; it tugs at every heartstring by having the two singers roleplay a romantic deadend, earnestly demanding, “How does it feel to be on the faultline?” But is it emo-synth brilliance or just MOR cheese? That’s the question you may still be asking when you’ve surfaced from beneath these Waves.