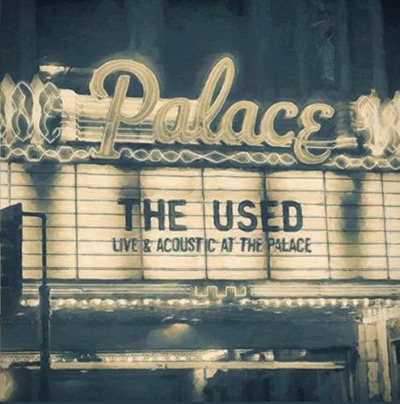 Live And Acoustic At The Palace

Dipping into every phase of their 15-year career, there is genuine magic in the way the Used reworked and reimagined 12 of their songs for one night at LA’s ornate Palace Theatre. Whether stripping the songs down to the most sparse arrangements or rebuilding them with strings and backing singers, it is a gripping performance from start to finish. The understated “Overdose” is as beautiful as the rousing “Blue And Yellow,” while “On My Own” manages to sound both intimate and bigger than ever. That vocalist Bert McCracken occasionally misses the note he’s aiming for—and was not corrected after the fact—only enhances the sincerity. More than once, he is genuinely moved to tears, as “Hard To Say” will put a lump in the throat of even the most stoic bastard.