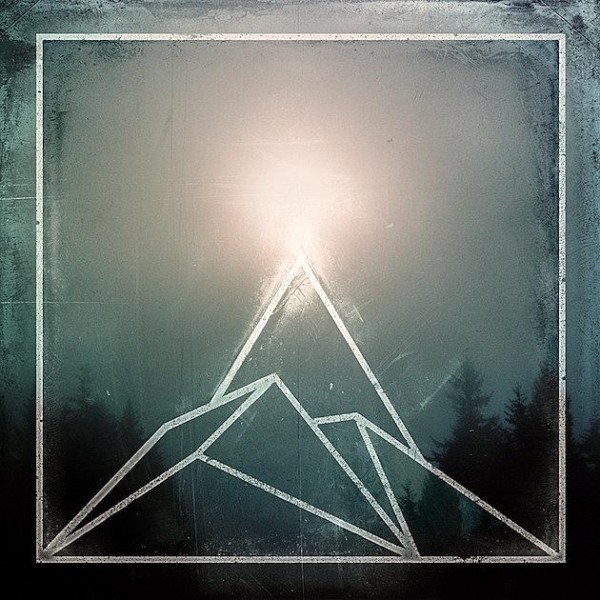 “An album that punches you in the gut with feeling.”

There’s a reason The Canyon opens up with Used frontman Bert McCracken’s voice breaking just 30 seconds into the album on “For You,” a song dedicated to a lost loved one, a very close friend of McCracken. It sets the scene for what’s to come: an album that punches you in the gut with feeling, be it via the lyrics (“All I want to say to you/Is that your love never leaves me alone”), the heaviness and rawness in McCracken's voice as he sings them or the energy and clear passion present in the composition and delivery of each track. The post-hardcore icons have a clear soft spot, a vulnerability, and they’re exposing it with this album. Themes of mortality, regret, the celebration (and questioning) of life, the ever-present inner struggles we all face—it’s all there. The point of The Canyon isn’t the technicality of the tracks or the sound production: Again, it’s how it makes you feel. And the band have poured their heart and soul into this one. —Kristine Cannon
CHECK OUT: “Cold War Telescreen”
RATING: ****

“A vibrancy and vulnerability not felt since the Used’s 2002 self-titled debut.”

For a number of reasons, The Canyon is unlike anything you’ve heard from the Used. For starters, after years of working with the gloss-heavy John Feldmann, the band eschew many modern production techniques on their seventh album in favor of a more organic, raw-to-tape feel. (Finally, someone in the scene is taking a stand against the Loudness War.)

At times, it’s actually a bit jarring to hear instruments and vocals not compressed and quantized within an inch of their life (like the messily mixed drum fills on the angular “Over And Over Again,” the band’s best single in years), but the new production tricks give The Canyon a vibrancy and vulnerability not felt since the Used’s 2002 self-titled debut. (The near-tears from frontman Bert McCracken on the album-opening “For You” don’t hurt, either.)

As McCracken grieves over the death of a friend over the album’s 17 (!) songs, new guitarist Justin Shekoski (making his studio debut with the band here), has breathed new life into the songwriting, from the “Eleanor Rigby”-esque “Moon-Dream” to the swelling, riffy “The Quiet War.” The 79-minute runtime will undoubtedly turn some casual listeners off, but those patient enough to stick it out until the end are in for the Used’s most soul-wrenching, creatively daring effort to date. —Evan Lucy
CHECK OUT: “Over And Over Again”
RATING: ****

“The Used have fully realized their wild imagination.”

This is the album the Used have always threatened to make. Even in their early days as emo heavyweights, Bert McCracken and co.’s music had something that set them apart from their peers. Like contemporaries My Chemical Romance, the Used had a special quality to their craft, an indefinable element that made them stand out. Audacity has always been present in their music, but on The Canyon, the Used have fully realized their wild imagination.

Opening with an emotional spoken-word intro from McCracken (the vocalist is literally choking-up as he speaks) it’s clear from the get-go that this record is something different. The Canyon sees the Used exploring every aspect of their sound and pushing the boundaries to the extreme: There’s the dizzy yet thought-out indie-rock of “Cold War Telescreen,” the avant-garde dystopian anthem “Rise Up Lights” and the politically inspired and part-rapped vocals of “The Quiet War,” all executed with supreme assurance.

The Canyon does ever-so-slightly sag as it draws to a close, but for the vast majority of the album, the Used are on fire. In a year packed with stellar releases, The Canyon has a strong claim to be the pick of the bunch. —Jake Richardson
CHECK OUT: “For You”
RATING: ****½

A song cycle centered around the suicide of the friend who administered a fatal shot of heroin to your pregnant girlfriend over 10 years ago is a hard thing to process, regardless if it was performed by Neil Young, Josh Groban or anyone stylistically between those poles. But fans of the Used have always expected some kind of heightened emotional context from frontman Bert McCracken—and he certainly doesn’t disappoint on The Canyon.

McCracken isn’t pulling any punches with lines like “You gave me drugs like the drugs that killed her”  (from “Broken Windows”) and “I missed the funeral/but I hope you have a great show” (“Funeral Post”).  Even more notable is how the frontman delivers such poignancy while powered by new guitarist Justin Shelkoski, making the proceedings feel far more urgent than previous efforts. While it’s been well over 10 years since McCracken and co. charmed us with generational anthems like “Taste Of Ink,” The Canyon trades deathwish-pursuing “fun” for psychic evacuation and high decibel, life-affirming, kicking and screaming. We never knew McCracken had it in him. Then again, maybe it wasn’t any of our fucking business to hear it until right now… —Jason Pettigrew
CHECK OUT: “Moving The Mountain (Odysseus Surrenders)”
RATING: ***½

To talk about something as raw and vulnerable as the Used’s The Canyon in terms of melodies and riffs just feels wrong. This collection of songs are more compelling and moving than anything heard previously from the band. The fervent vocal delivery is at most times heartbreaking, and there are many strange instances where the band take risks and the production is scaled back. But none of that matters, because that’s not what this album is about.

With a whopping 17 songs, listeners are taken on a harrowing journey of loss, regret and letting go that will leave you feeling depleted but will perhaps guide you to finding a little more compassion and humanity in yourself. Frontman Bert McCracken took the darkest moments of his life and put them on display for us, and the result is dark and beautiful. This isn’t something that can be smacked with labels or opinions such as “good” or “bad.” This is honest. It’s real. It’s authentic. It’s what music is all about. —Rabab Al-Sharif
CHECK OUT: “Broken Windows”
RATING: ****½