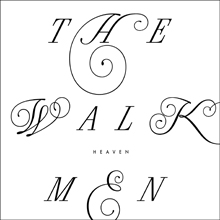 After their early years as a buzzy New York City (via Washington, D.C.) outfit filed just below other area acts like the Strokes, Yeah Yeah Yeahs and Interpol in terms of popularity, the Walkmen are the ones who can best sing a harmony-rich “We Can’t Be Beat” at this stage. If a regal and complex album–broadly shaded with country, classic pop and folk–is what comes of growing older, starting a families and clowning around with U2 covers in the studio, then more acts should follow suit immediately. Indeed, “These are the good years–ah, the best we’ll ever know,” lead singer Hamilton Leithauser proclaims on “Heartbreaker,” the finest pop song of their storied career.

Sure, there have been a slew of catchy songs from the East Coast art rockers from the beginning: the vintage piano-soaked “We’ve Been Had” from 2002’s Everyone Who Pretended to Like Me Is Gone, the rancor of “The Rat” off 2004’s Bows + Arrows, a bit of infectious Southern charm in “Louisiana” from 2006’s A Hundred Miles Off, the holiday firecracker “In The New Year” via 2008’s You And Me and the Leonard Cohen-aping “Blue As Your Blood” from 2010’s Lisbon. These songs are all accomplishments dotted with Paul Maroon’s clever guitar work, Leithauser’s immeasurable tenor, and the fire of a supporting ensemble unwilling to settle for less than a revelatory listen (unless you count Pussy Cats, the Harry Nilsson covers album that had us a little worried).

No, it’s in 2012 that “Heartbreaker” touches down as the band’s most widely accessible track, and the most likely to earn the band some songwriting bucks when other artists inevitably cover it. Everything fueling the Walkmen up to this point–smartly chosen chord progressions, Matt Barrick’s passionate drum work and a lead vocal that pops–is present, but there’s an attention to a tight, broadening hook that recalls Brill Building songwriters (Phil Spector, Neil Diamond, Lieber And Stoller) at work. “It’s not the singer, it’s the song,” declares Leithauser in the chorus, so he knows it, too.

The rest of Heaven serves as a constellation around the “Heartbreaker” North Star. Notably, “The Witch” shows how far Leithauser has come as a lyricist. Plagued by thematic repetition in numerous (admittedly great) songs about dreams on earlier albums, he now creates snapshots, like one of someone driving through central Michigan “listening to the country station and wondering where I stand.” The delicately plucked acoustic “Southern Heart” continues with a TV-obsessed protagonist demanding of an unknown person to “tell me again how you love all the men you were after.” It’s all layered, literary stuff destined to be performed by the band wearing their finest suits. On any other Walkmen album, just the hooky brilliance of the title track could be enough to declare this set a success, but there’s never been one quite like this before.