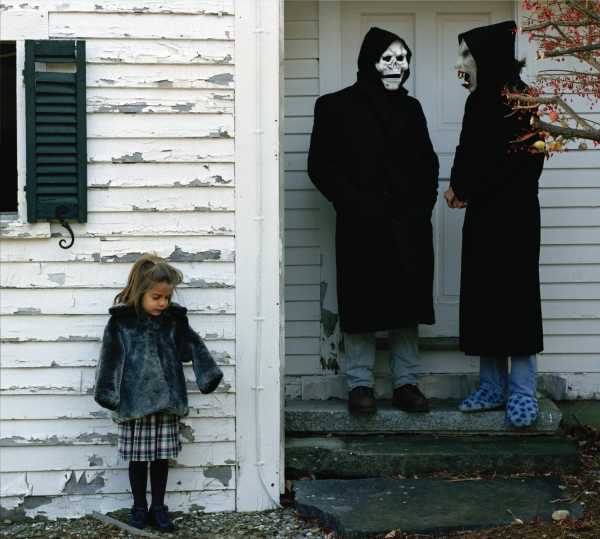 The Devil And God Are Raging Inside Me

The first time I saw Brand New live was in August 2001—the band were touring on their four-song demo CD-R at the time. And as unknown bands are treated at shows all across America, the meager crowd dispersed outside for the mandatory smoke break as soon as the band began setting up. To kill time, guitarist Vin Accardi sat on the edge of the tiny stage, playing the riff to Modest Mouse’s “3rd Planet,” waiting for people to re-enter. (Most never did.) At the time, it was pretty unusual to see a pop-punk band jamming out to an indie tastemaker, but five years later, it all makes sense.

No one really knows what Brand New—Accardi, singer/guitarist Jesse Lacey, bassist Garrett Tierney and drummer Brian Lane—went through to make The Devil And God Are Raging Inside Me. The last interview the band gave was in late 2004 for AP 198’s cover story; tellingly, for our Most Anticipated Albums Of 2005 special. The quartet have encountered numerous personal and professional hurdles since then (just look at the album title or the band’s website address for proof), but due to a self-imposed press embargo, no one really knows what inspired these songs. All we have are Lacey’s typically cryptic yet intensely personal lyrics (see “Millstone”), which are more uncomfortable to listen to than ever—they almost make the listener feel guilty that there are no repercussions for willfully violating Lacey’s psyche.

There is absolutely nothing on Devil that will make someone recall 2001’s Your Favorite Weapon; only a handful of tracks could even be compared to the band’s 2003 breakthrough Deja Entendu (“Archers” and “Not The Sun”). The rest of the material—from the heavily Modest Mouse-influenced “Jesus Christ” to the chilling dirge “Limousine”—is quantum leaps above not only Brand New’s prior work (including the leaked batch of demos from earlier this year, two of which—“Sowing Season (Yeah)” and “Luca”—made the album in radically different forms), it’s beyond anything that any band in this scene are currently creating. Simply put, Brand New have no peers.

But be forewarned: This album is dark, difficult, depressing and desolate-there is no happy here. Hell, there are barely any choruses. Devil is the sound of four men hitting absolute rock bottom and desperately trying to rescue themselves through any means necessary; we as listeners are forced to hear the band suffer as a means to reach catharsis-all presumably for our edification.

I’ve compared this record to Radiohead’s The Bends; not so much because of the musical content, but more so because if the band were able to fight off their demons long enough to make this record, we’re only a few short years away from their OK Computer. And who knows what they’ll come up with for that.