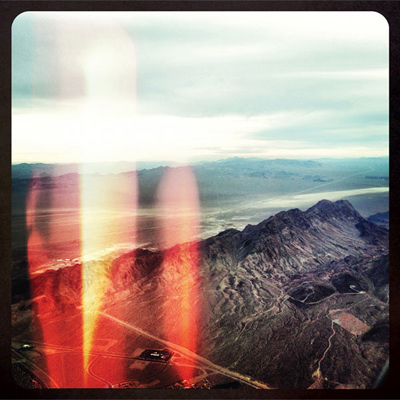 Evan Weiss must be on a mission to become the most prolific ambassador of the current melodic emo revival. This year alone promises a new Into It. Over It. album, the debut 7-inch from Pet Symmetry dropping soon and whispers of new Stay Ahead Of The Weather material. Now, he unleashes the debut EP with Chicago's Their / They're / There. And he isn't even the most cultishly loved figure of this particular trio—Mike Kinsella's here, too (another man of a million projects, but mostly locked in on the lush singer/songwriter ventures of Owen for the last decade), as well as Matthew Frank of Loose Lips Sink Ships. But anyone who's lent time to Into It. Over It.'s 52 Weeks knows that with Weiss it's not quality over quantity—it's both.

Predictably, Their/They're/There maintains Weiss' remarkable streak of enjoyable tunes. With his unmistakable voice leading the charge, it's awfully hard not to think of the more playful, easygoing IIOI material—except on this EP, he's supported by the most intricate and knotty musical backdrop of his whole catalog, courtesy of guitarist Frank (although one might guess it was Mike, given the Kinsella Family portfolio). While the general mood can be a bit one-dimensional and overall standout tracks are hard to qualify, the melodies sport some bright moments (Weiss driving the introductory frenzy of “Their / They're / Therapy,” which sounds tailor-made for drunken house shows as thrown by four-eyed Cap'n Jazz nerds; and his memorable “coughed up so much blood” refrain on “Fit Your Life Into A Grid”) and Frank's guitar work is splendid, constantly turning around corners in unpredictable and compelling ways (the mathy stop-starts and grittily twinkling bridge of “Their / They're / Therapy” and the layered acoustic textures of “572 Cuthbert Blvd.” specifically).

Their / They're / There leaves room for improvement and experimentation within what its creators already have going on, but it's hell of a first start as is.