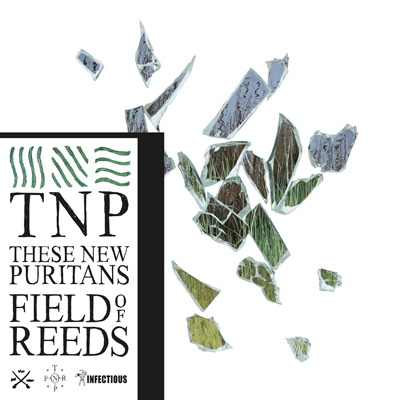 In interviews about this album, Jack Barnett, the leader of the ever-evolving musical project known as These New Puritans, bristles at the idea that Field Of Reeds could be considered a “contemporary classical” work. As he told The Quietus late last year, “When people say ‘classical music,’ I think that’s a way of saying, ‘I don’t understand this.’”

Really, both sides of the argument have their merits. This isn’t your typical British pop album. The ambition is much more grandiose and operatic than that. Strings, horns and woodwinds take flight throughout its nine tracks. At one point, a children’s choir joins in. The title track opens with a basso profundo voice that feels more connected to medieval chant than the independent rock world.

But Barnett’s point stands as well. Strip away the “difficult” parts and what is left behind are a batch of fine, catchy melodies and some devastatingly heartfelt lyrics about a relationship slowly falling apart piece by piece. Barnett wraps the story up in some lovely imagery of the natural world (“Into the evening rain/Wild horses are moving/All the things you left behind/Without end, without beginning”), and bookends it with references to two fairly well-known pop songs: Bacharach and David’s “This Guy’s In Love With You” and Tim Buckley’s peerless “Song To The Siren.”

No matter what side of the fence you place yourself, there’s no denying that this LP is a work unlike any other, and one that shows Barnett and his collaborators pushing their way into modernism by way of an education in the literary and musical classics. This is best encapsulated in “Organ Eternal,” which opens with a Moog bleating out a repetitive, baroque melody, while acoustic instruments—a xylophone and a piano—slowly join the fray. Horn and strings join in but are rattled by washes of synthesized noise beating up against their foundation. It’s just the right balance of heavy and light tones, a mixture that Barnett & Co. continue to perfect throughout the whole album.