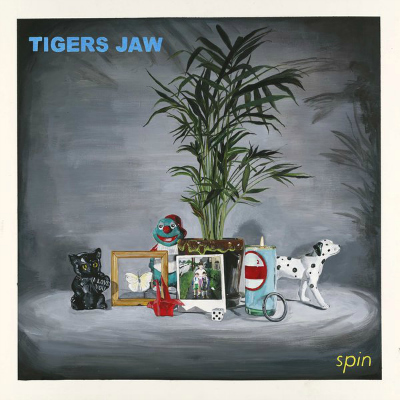 ROCKS LIKE: Saves The Day, the Get Up Kids, Lemuria

WHAT'S DIFFERENT: While Tigers Jaw’s lineup was overhauled in 2013, it was essentially business as usual on that year’s Charmer, with three departing members appearing on the recording. On spin, it’s all Ben Walsh and Brianna Collins, and they live up to the pressure. The catchy guitar work, warm keyboards and youthful, pleading anguish of romantic loss, longing and general malaise from their 2008 self-titled breakout remain. But there’s definite progress, with Walsh’s voice smooth as ever, and Collins sounding confident and angelic (“June,” “Same Stone”).

WHY YOU SHOULD CARE: Longtime fans may have balked when founding vocalist/guitarist Adam McIlwee peaced out, but spin stacks up with just about anything in the Tigers Jaw canon, with melodic and memorable highlights (“Blurry Vision,” “Guardian”) with a detailed flow and cohesion that invitingly solicits frequent listens.