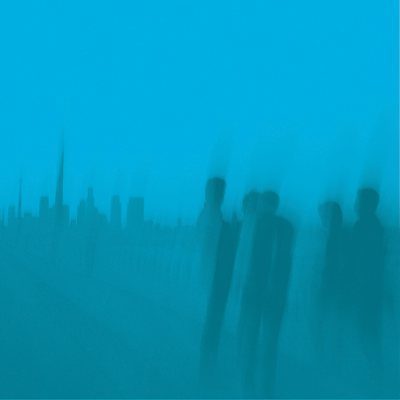 Given the average trajectory of an underground hardcore band (and the fickleness of the fans who populate said scene), it’s highly unlikely Los Angeles quintet Touché Amoré ever expected to even make it to three albums, let alone be creating music under pressure. Yet here they stand, their third album one of the most anticipated of the year, and the band undoubtedly the kings of modern, meaningful hardcore (or at the very least, in the royal court). While some bands might try to ignore the pressure that comes with a raised profile, Touché seem to have embraced it, producing their most frantic, panicked, passionate and best album of their career.

Take “To Write Content,” a perfect example of meta songwriting: Frontman Jeremy Bolm tells the story of when he first met Manchester Orchestra frontman Andy Hull, who then expressed to him concern about how to make Manchester's songwriting compelling. Bolm responds in song: “I know you asked for some advice/They use your blood to capitalize/So give up all your secrets/To move units, display your weakness/You might spend some years alone/At the price of forgetting your home/So expose what hurts you the worst/The exchange deals a handsome return/Are you in?” It’s simply goose bump-inducing—and a bit depressing, too.

Is Survived By feels claustrophobic in the best way possible, with songs like “DNA” and “Blue Angel” channeling Saetia and Thursday’s early work. But nowhere is this anxiety more evident than in the album’s finest moment, “Social Caterpillar,” where Bolm howls, “Don’t worry, I still get dizzy in the usual situations,” as the rest of the band crash down around him. These breakdowns aren’t musical; they’re psychological.

If the rest of the album is a 10, the last third of the album is a goddamn 11, with “Social Caterpillar,” the Mineral-esque call-and-response of “Non Fiction” and “Steps” (the latter with Jon Simmons of Balance And Composure) followed by the title track. It’s the last chance Bolm has to express his insecurities, and he doesn’t waste any time, calling himself a “hack” within the first 15 seconds. He goes on to explain how the attention he’s received from this band has “swallowed [him] up” and “split [him] in two,” before completely emptying his emotional cache: “So write a song that everyone can sing along to/So when you’re gone you can live on, they won’t forget you.” You might not have meant to do it, Jeremy, but you did—and they won’t.