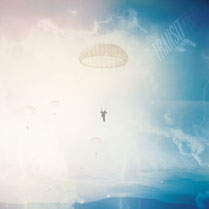 Something Left Behind EP

Transit have been flooding fans with an array of smartly refined, prolifically produced pop-punk compositions abundant in varied emo influence for a few years now. The concept behind their latest release, Something Left Behind, is that the band take a song from each of their releases dating back to their debut DIY EP and make them over into lush, acoustic endeavors. But they really fill this EP out by scattering four completely new songs among the tracklisting to hold fans over while they plot a follow-up EP and consequential full-length for new label Rise Records.

The look back involves the band breaking down their older songs' components into entirely new frames. The charred, riffy and speedy “Please, Head North” (which first appeared on a 2009 split 7-inch with close friends Man Overboard) is deconstructed into a heartfelt, smooth ballad buoyed by a ton of restraint. The originally midtempo fan favorite “For The World” (from their first full-length, 2008's This Will Not Define Us) is pushed along by fluttering finger-picking, and while Tim Landers' climactic moment feels a little constrained by the new environment, it's an interesting redo. “Castaway” (2007's Let It Out EP) has a painstakingly deliberate play, while “I Hope This Finds You Well” (2010's Keep This To Yourself) maintains the original's catchy chug. “Stay Home” (2009's EP of the same name) is a bit of a tease; one expects the incredibly dynamic thumps of the original and instead gets repressed strums, but the melodies and distant group shouts remain a flawless highlight. Admittedly, these versions do up the sappily sweet flourishes of the band's usual method, but they're pretty enough revel in instead of merely stomach.

The new songs are scattered among these reduxes, but manage to flow between the elder material well. Opener “Indoor Voices” pushes American Football's floating, noodly spheres into modern territory with crisp, trebly tones and some electronic drum splashes. The EP's longest song is the acoustic title track, where the guitar playing seems especially careful and the delivery is soft and calculated; it's pretty compelling at first, though the pleading backup vocals toward the end might be a bit too much. Closer “1978” picks things back up quickly; it's full-band, lightly technical and borrows the chiming guitar tone of Man Overboard while adding a more experimental, prickly flow.

While a few especially mawkish moments hurt the EP's otherwise perfectly earnest approach, Transit have certainly given new life to a handful of their older songs. If that's not enough, the quartet of newer tracks offer something fresh while helping maintain the EP's distinctive flow. It's like a really solid acoustic show with the best sound system ever.