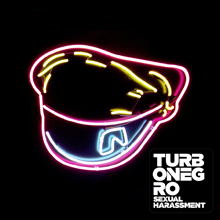 For 23 years, they’ve played hook-laden maximum R&B like a garage-punk AC/DC steeped in homosexual panic, or maybe New York Dolls in the hands of the Stooges. Norwegian rockers Turbonegro never had highbrow pretensions, because clearly they don’t take much serious. Their sense of humor’s often juvenile but completely unabashed (“I Got Erection,” “Rock Against My Ass”) and sometimes cleverly sublime (“The Midnight NAMBLA,” “Hell Toupée,” “Don’t Say Motherfucker, Motherfucker”). But after reaching a high-water mark with 1996’s terrific Ass Cobra and 1998’s even grittier glam-punk delight, Apocalypse Dudes, singer Hank on Helvete’s heroin problem and instability sunk the band on the brink of larger success.

Von Helvete returned and the band reunited four years later without losing much commercial momentum, but their subsequent albums have been more uneven, highlighted by their last release, 2007’s polished but powerful Retox. Following the tour, the band went on hiatus, returning four years later again, but this time with new singer Tony Sylvester (formerly of Dukes Of Nothing). After playing some shows around Europe, they hit the studio last year for this album. It’s not exactly a triumphant return.

The problem isn’t Sylvester. For whatever reason, the material just isn’t that strong this time out. Sure it’s crunchy, with gritty power chords and shoulder-swinging swagger, but there’s no vitality. You might expect a new singer to energize the band—particularly given the ongoing issues that surrounded von Helvete’s tenure. Yet there’s a perfunctory quality to the arrangements. They’re solid but a bit predictable. Guitarist Euroboy rips off some great leads—notably the wah-tinged and organ-supported “Mister Sister”—but only a couple of the 10 tracks are remotely memorable.

These include the horror flick-styled “Dude Without A Face,” which features a driving goth-punk pulse like “Bela Lugosi” with Nekromantix up their ass. The other worthy track is “TNA (The Nihilistic Army),” which is one of the few cuts to really nail the band’s usual energy. It boasts great guitar work and their most clever lyrical idea on the album, as Sylvester casts himself as someone benumbed by consumerism and questioned, “Don’t you think you’re too old for this… Why don’t you buy one of those Seinfeld books?”

This isn’t to say it’s a bad album. Sylvester does a fine job keeping up, and his vocals have a gritty bite to them befitting to the band’s grimier days. Indeed the album as a whole feels a bit dirtier, but is weighed down by throwaways like “Tight Jeans, Loose Leash” and the catchy but regrettable, cowbell-bashing “Shake Your Shit Machine,” which never gets any better than its title (and is repeated ad infinitum). This 33-minute slab feels slight, and too much like they pulled their shtick out of the closet along with their leather and denim Turbo-wear. They’d have been better served taking the handful of decent songs, ditching the filler and releasing an EP until they got their sea legs. Diehards will be satisfied, but the rest of us are holding out for something better.