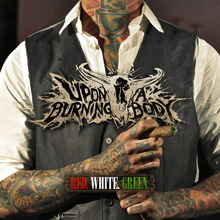 Upon A Burning Body

Weighing into the deathcore fray, San Antonio, Texas’ Upon A Burning Body are a cut above the soundalike bands glutting up the genre. This isn’t to say they’re a unique entity—they’re definitely not, and there are too many echoes of Whitechapel and Suicide Silence to have the band be judged on their merits alone. But by eschewing cheesy clean vocals and gratuitous synth spurts to focus on making their unrelenting, thuggish attack as catchy as possible, the band end up delivering a compelling collection that leaves a lot of bruises.

“Sin City,” “Predators” and “Once Upon A Time In Mexico” are guaranteed riot starters that seem to come prepackaged in sweat and shreds of black T-shirt. A paean to their home state, “Texas Blood Money” is no less hostile, though in the form of a drunken party anthem that lowers your IQ a few points on each listen. The band mix things up with the flamenco instrumental “El Mariachi,” and revisit that Latin side in the monstrous “Planet Terror,” which demonstrates greater command of tone and atmosphere than Red. White. Green.’s more blustery tracks. (And yes, the title of every song on this album is in some way connected to a Robert Rodriguez movie, if you haven’t figured it out yet.)

The only real negative thing about Red. White. Green. (outside of a number of songs bleeding together into some sort of over-familiar mess) is that some of UABB’s lyrics veer into half-assed, borderline knuckleheaded territory. Screaming refrains such as, “Life sucks and then you die” (“Sin City”) or “Keep your friends close and enemies closer” (“The Island Of Lost Dreams”) smack of unoriginality and come off as lazy. However, this is still a solid album worth returning to, and UABB deserve to find their audience among the moshing masses.