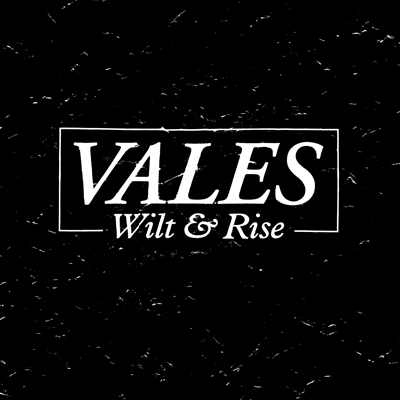 There’s one moment of calm, quiet reprieve on this debut full-length from Cornwall, U.K. melodic scream/hardcore outfit Vales. It comes in the middle of the album, in the form of “Katrina,” an instrumental that's 12 seconds shy of the two-minute mark and which floats, innocuously enough, like the debris in the water left after the storm from which the song takes its name. On either side of it, though, is a ferocious and relentless whirlwind of noise that’s pure destructive devastation, a savage series of songs that break down as they rage and which practically shiver from the effects of their own force. Take, for instance, penultimate track “Wildfire,” which combines brutality and melody to create something that rebuilds at the very same time it destroys. It’s a trick, in the best sense of the word, that’s employed throughout this record, from the first song “Dead Wood”—its collision of dying, desperate screams shocking and empowering—to the powerful intensity of “Waterfalls.” And while there’s a slight, and slightly mellow, breakdown in that song, take advantage of that break in the middle. Even with it there, this is a record that will leave you breathless, bruised and battered.