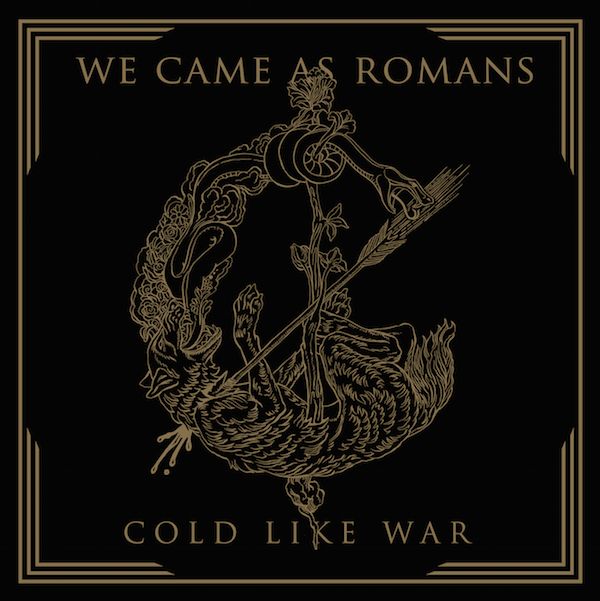 We Came As Romans

We Came As Romans walked into recording their fifth studio album knowing one thing: It had to be better than their last one. While their 2015 self-titled release didn’t totally tank, it definitely left a lot to be desired for long-time fans of the Michigan metalcore band. Their trademark bouncy breakdowns were traded in for radio-rock hooks; and while it was interesting to see new facets of WCAR, it didn’t resonate as much as they’d hoped. But that is not the case with Cold Like War.

As far as lyrical content is concerned, Cold Like War may very well be the band’s crowning achievement. Not only are the lyrics deeply honest, but their eloquence evokes such powerful imagery and feeling that they could strictly be poetry: “I spent the morning looking down at the baggage claim/With yesterday, your hand in mine/Sitting as you laid/A world away and now the words soak into my head/That your chest has stilled and I’ll never see you again,” a female voice speaks on “Foreign Fire.” This track, alongside others such as “Promise Me” and “Wasted Age,” are positively  soul-baring. WCAR don’t venture to hide how much they’ve struggled these past few years. They lay it all out: They’re human, just like everyone else.

Musically, Cold Like War returns to WCAR’s familiar cadences, most markedly with Dave Stephens’ unclean vocals. Not everything is just the same as older WCAR songs, though. Cold consists of balladic melodies, ethereal instrumentals and electronic riffs. But some of these features work better than others. The clean vocals handled by Kyle Pavone do not disappoint lending more authenticity and heart than some of his previous takes. The first track, “Vultures With Clipped Wings,” opens and closes with beautifully building atmospheric sounds that illustrate  the meaning of the word “epic.” As far as the electronic component goes, WCAR show examples of both a job well done (“Promise Me”) and a job that was completely unnecessary (“Encoder,” the only song on the record that does not need to be there. It throws off the entire flow of the album and is just utterly confusing. The minute-long club beat detracts from the seriousness of the record, rendering the song uncomfortable and off-putting.) The chanting in “Two Hands” also could have been taken out, as it sounds hackneyed and interrupts the song awkwardly.

Aside from those couple blunders, Cold Like War is a milestone for WCAR. With this release, they have expanded their range of sounds, emotions and songwriting capabilities without compromising their sincerity.