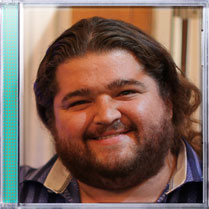 Just as there will never be another Nirvana, there will never be another Pinkerton. When something has that kind of a seismic cultural shift (Nirvana obviously more so than Weezer's classic sophomore album), it's impossible to duplicate, simply because it was done without expectation or anticipation. So all Weezer diehards still hoping against hope that Rivers Cuomo would one day return to the raw, emotional catharsis he subsequently abandoned in the wake of Pinkerton's initial failure pretty much gave up the ghost after hearing 2009's Raditude, a record described as “Weezer's Big Dumb Pop Record” by this very writer last year.

To anyone familiar with the phrase “a watched pot never boils,” what happens next should come as no surprise.

While Hurley, Weezer's eighth album (and first for powerhouse indie label Epitaph), isn't perfect, its high points rival anything released post-Pinkerton in terms of lyrics, vocals and instrumentation. Lead single “Memories” sounds like Andrew W.K. covering the Killers, and kicks the record off on a high note. “Ruling Me” (co-written by Semisonic's Dan Wilson) is a distant cousin of both the Blue Album's “No One Else” and the Green Album's “Don't Let Go,” serving as a straight-ahead slab of power-pop with four-on-the-floor drumming and some truly clever turns of the phrase from the bespectacled frontman (“We first met in the lunch room/My ocular nerve went pop zoom… Sweet lady, don't play me/If I am a knob, don't fade me”) while guitarist Brian Bell adds perfectly tuned harmonies. “Unspoken” begins with Cuomo sounding a decade younger, “dreaming of a chance to make it right” over an acoustic guitar, with contemporary jazz musician Greg Vail contributing flourishes on the flute (seriously); tension builds in Cuomo's lyrics (“I can feel those metal chains/And they’re holding back the hope that keeps me sane”) as the rest of the band finally kicks in for the final 50 seconds, turning the track into a crunchy number that packs a wallop. This is one of the few moments on Hurley where Pat Wilson really lets loose, going off so hard you'd think it was his last chance to ever play the drums.

But that's nothing compared to the album's midsection, “Run Away” and “Hang On”—far and away the two best songs on the album (interestingly, sequenced after the disc's forehead-slappingly dumb low point, “Where's My Sex?”). Co-written by Ryan Adams (who also contributes guitar and bass), “Run Away” starts with distorted, tinny vocals backed by somber piano chords, before kicking into a delicate midtempo song about heartache (“When I'm looking at the night sky, I can see my soul/I see the little lights flashing at each other up above/Is it us making love in the Milky Way?/Long before we threw it all away”). It eventually boils down to Cuomo, a delicately strummed guitar and a set of bells at the two-minute mark before building into an explosive crescendo. As he does some serious, if lyrically basic, emoting (“I thought you would always be my friend/But everything must end/And so the world moves on/'Cause everything must change”), he's backed by heaps of cymbal crashes and backing “ooh”s from Bell. But as good as that song is, “Hang On” bests it, sounding as musically lively and lyrically honest as any cut off Pinkerton. “Over and over/we swore it was over/But just like wild clover/Love grows at light speed,” he sings with a slight quiver in his voice before the song's chorus hook of “Hang on, hang on, hang on” (partially sung by Michael Cera—no, seriously) comes in. The song repeatedly builds then soars like the Arcade Fire's finest work, with a hurdy gurdy and mandolin (also played by Cera—again, seriously) adding to its unique sound.

With the good songs on Hurley being legitimately some of the best material the band have released in the past decade, it would be easy to overrate the album as a whole. But the disc is not without its flaws, the biggest of which being the aforementioned “Where's My Sex?” Written from the perspective of Cuomo's daughter who once mispronounced the word “socks” for the act of coitus, it's a lunkheaded number with a riff somewhere in between “Hash Pipe” and Bad Religion's “Infected” and lyrics like, “Where's my sex?/I thought it was here/Under the bench/But it isn't there,” not to mention a bridge in a different key and tempo that comes out of absolutely nowhere and is the dictionary definition of the word “shoehorned.” “Across The Sea” it ain't.

Nothing else on Hurley plumbs the musical depths “Where's My Sex?” lays claim to. “Trainwrecks” is written to sound like a stadium-rock anthem, but with lyrics about blogs, P. Diddy and “diggin' through the couch for cash,” it's impossible to take seriously. “Brave New World” has some unusual guitar effects being used to add an extra level of grit and giving the main riff an almost industrial-rock tinge, but there's nothing too original about the melody to make it be a standout. “Smart Girls” (sort of an “I'm Your Daddy” on steroids) is sure to be a fan-splitter, as it is an absolute ball to listen to but sounds like a total clusterfuck, with Cuomo reciting girls' names in a sing-songy, '60s-pop fashion while the song itself explodes in layer after layer of synths, guitars, drum machines and who even knows what else. Interestingly, this is the only track on Hurley to feature a guitar solo, but it nearly gets drowned out in the thumping bass.

The album closes with “Time Flies,” a folk-country stomper that sounds like Led Zepplin's more campfire-esque moments, with mandolin, acoustic guitar and a floor tom being banged on that sounds like it was recorded in one take with the room mics in the red. It's interesting, but it sums up Hurley's biggest fault: The album sounds unfinished. Much has already been written about how Rivers Cuomo now records albums for “the process,” instead of the end result, with the theme of Hurley supposedly being a raw rock record that was put to tape in less than a month—easily the shortest amount of time the band have ever spent on an album. And while some tracks benefit from the lack of polish time (“Run Away,” “Hang On”), they rub up against sonically disparate songs (“Brave New World,” “Smart Girls”) which makes the album a bit jarring. It's also frustrating to see a lack of guitar solos (one of the band's strongest assets that's gone largely unused since Maladroit) and a lack of rhythmic variation from Wilson, who has proven that he can really let it rip when given the chance, but is unfortunately shackled on too many of these songs. Plus, given the frantic recording schedule, it's not even currently known which member of Weezer plays what on which song, or even if they're all on each song (both Bell and Wilson have said they laid down tracks on multiple instruments, sometimes not even hearing the song in question until the day of recording, in order to keep the loose feel Cuomo wanted).

Still, there is absolutely no question that Cuomo has at least partially gotten back in touch with what made so many fans beg and plead to hear Pinkerton songs live, as his vocals are no longer Auto-Tuned into oblivion, his songs no longer exclusively follow a nonexistent pop-song “formula” and his lyrics (sometimes) dig deeper than, say, wanting to live in Beverly Hills or not being able to stop partying. Hurley isn't perfect, but it's the best thing Weezer have done in quite some time, and that's all we can hope for—until the next Nirvana comes along, of course.