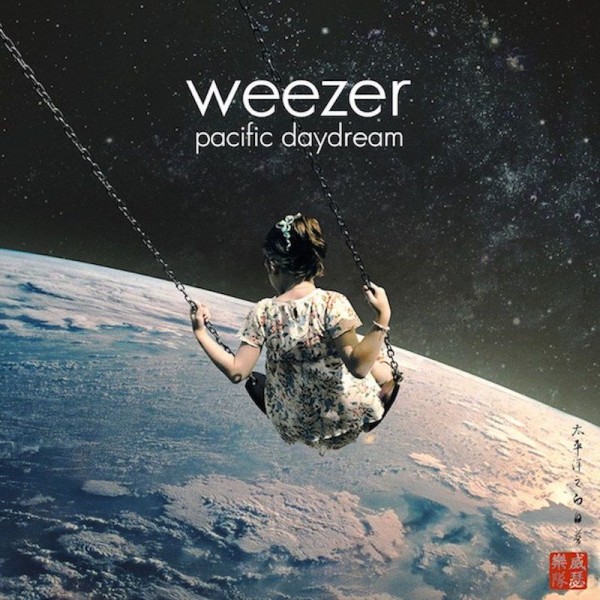 When placed beside last year’s White Album, Weezer’s 11th studio album is both a continuation and a departure. The 2016 version of the band worshipped at the altar of the Beach Boys, turning in a sunny, surfside effort that recalled all the best parts of their past. It was a beach record written and performed through the lens of classic Weezer, one draped in crunchy guitars, undeniable melodies and lyrical non-sequiturs about sweaty overalls, scientist Gregor Mendel and pregnant men. (It was also their best album since 1996’s Pinkerton.)

Pacific Daydream isn’t that far removed from the White Album’s foundation, but the way the band arrive there has morphed radically. Instead of the White Album’s organic, band-in-a-room feel that surely delighted old-school Weezer fans, its companion piece feels more scientific, a true laboratory creation guided by hitmaker Butch Walker. It’s a more experimental approach, allowing Rivers Cuomo and co. to truly explore elements such as sampling—a trick they embraced in earnest after touring with Weezer superfan Brendon Urie and Panic! At The Disco last summer. The White Album’s “Jacked Up” was ultimately foreshadowing of the path they would take next, as it lends its synthesized swing beats and quasi-hip-hop backbone to the foundation of songs like “Feels Like Summer” and “Any Friend Of Diane’s” here.

In discussing the White Album with the press, Cuomo made it clear the so-called return to form was a compromise between himself and producer Jake Sinclair, who pushed Weezer to harness what made fans originally fall in love with them back in the day. “He won on this album, and I'm gonna win on the next album,” Cuomo told the Los Angeles Times last year, and you get the sense Pacific Daydream is what the White Album might have ultimately sounded like had Cuomo gotten his way last time around.

The singer is a pop music historian, as well as an active participant in its present. He’s professed his love for Post Malone and even ventured into the world of writing mumblecore rap songs. (Thankfully those impulses have been exorcised here.) Together with Walker—who himself toes the line between a classic-rock upbringing and a day job that necessitates living in the musical here and now—the pair have fused retro ’60s, Phil Spector-esque sentiments (“Weekend Woman,” which updates the Green Album-era track “Burning Sun” into Pacific Daydream’s best song) and modern production tricks (“Mexican Fender”), cutting them with a muted sadness and melancholy that rewards those willing to look past the references to Papa John’s and Fitbits and peel back Cuomo’s lyrical layers on repeated listens.

As a collective work, Pacific Daydream is ultimately a step below the resurgent greatness of the White Album, but it still soundly ranks in the upper tier of Weezer’s new-millennium output. It’s peppered with some of the band’s best songs in recent memory (notably “QB Blitz” and “Weekend Woman”) and some downright spectacular writing and playing from bassist Scott Shriner. And while it ultimately falls short of its Pet Sounds-sized ambition, it’s proof there’s plenty more in the tank for a band that have turned in so many classics over the course of their career.

Read more: Could a Weezer and Post Malone collaboration happen?