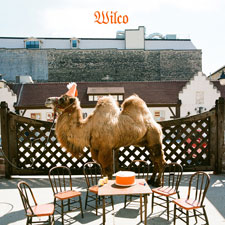 Wilco continue to reign in their experimental fuzz, focusing more on pretty melodies (“Country Disappeared”), upbeat toe-tappers (“You Never Know”) and sweet acoustic numbers (“Solitaire”) for their seventh full-length. A notable exception is the driving “Bull Black Nova,” which could’ve been an outtake from 2004’s A Ghost Is Born, replete with Nels Cline’s killer fretwork. While frontman Jeff Tweedy may’ve exorcised many of his demons (his lyrics aren’t as overtly dark as in the past), his cigarette-addled vocals are still laced with plenty of life experience. Plus, he finally seems comfortable with his band’s critical acclaim, sending a love letter via “Wilco (The Song)”: “Oh, this is a fact that you need to know/Wilco, Wilco, Wilco will love ya, baby.”