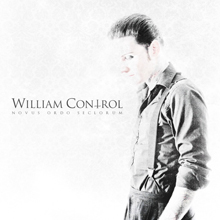 When he wasn’t exploring the metal/punk axis with his long-running band Aiden, extricating himself from Victory Records and hating all religions equally, Wil Francis slipped into his William Control persona and into electronic dance mode with this new self-released EP on his own label, Control Records. The follow-up to 2010’s Noir, Novus Ordo Selcorum makes good toward the electronic scene he was looking to branch off into during the creation of Aiden’s 2007 album, Conviction. The percolating opener, “New World Order (A New Kind Of Faith)” is all pounding dance beats, ’80s house-music synthesizers and choral backing voices, and Francis’ son-of-Dave Vanian vocals. Speaking of ’80s, Francis offers up a cover of New Order’s venerable “1963” (available only on the physical version of the EP) that’s both bombastic and true to the spirit of the original. “Perfect Servant” has a bondage-and-discipline tinge to it, replete with machine-drum freakouts and melodic synths that wouldn’t sound out of place on a VNV Nation track. The proceedings end with “The Optimist Within Me,” a piano ballad that finds the singer celebrating the death of a murdered ex-lover he positively detested (“I felt nothing more than I ever felt before”). Call him overwrought or an undergrad at the Morrissey Finishing School: This track beats anything off the Twilight franchise’s battery of soundtracks.

Call Francis’ immersion into the post-industrial-dance phylum quaint or way past the sell-by date. But that scene could use a new injection of characters with some passion, instead of its denizens propping up veteran acts rehashing the same old record or celebrating 21st century remixes of 30-year-old Depeche Mode songs. With Novus Ordo Selcorum, Wil Francis is ready to take the lead.