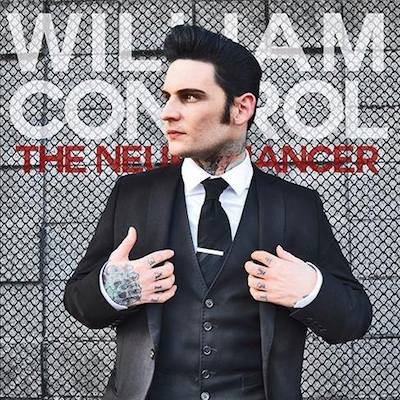 It’s been two years since William Control (né Wil Francis) abandoned sweaty teen-male circle-pits with Aiden in pursuit of an audience populated by new-gen Goths and electro-rockers. That’s a scene that doesn’t have a whole lot of talismans to hold onto (Decades-old Depeche Mode singles? Blaqk Audio?), and on his fourth album, Control has created a work capable of transcending all of the subgenres and cultural codes huddled under that pitch-black umbrella. His vision of goth retains old-world poetry and grace with modern decadence (think Emily Bronte’s passionate Wuthering Heights as envisioned on the set of Ridley Scott’s Blade Runner); cultivates a rich measured tenor for wives, girlfriends and nymphets to luxuriate in; and celebrates pleasures of the flesh and hatred of religion, all delivered in a production style that focuses on grand bombastic gestures in service to actual songs (as opposed to EDM’s emphasis on the rinse and the drop).

There are no dubstep wobbles or drum machines set on “kill” across The Neuromancer’s 11 tracks. If you want to get your dance groove on, there are plenty of moments (like “Revelator” and “Illuminator,” the latter supported by a cameo from Black Veil Brides founder Andy Biersack) where Control offers big beats and melodies that stick like aural polymer. When Control croons on the tender and measured piano ballad “Passengers,” he sounds like the spiritual offspring of Damned frontman Dave Vanian. “The Blade” sounds like an anabolic Depeche Mode, fortified with cutting guitars and the latest in plug-in technology. But it’s on “Where The Angels Burn,” that the singer is able to synergize his post-romantic croon, pulsing, modulated synthesizer loops and a lyrical vulnerability into a result which undercuts all of the crack-of-the-whip Fifty Shades Of Grey sentiments of the last hour. (And girls, when a guy tells you he’d go to Heaven and spit in St. Peter’s face if you weren’t there, well, he’s a keeper.)

On the downside, this reviewer would hate to see Control stuck in a world that has him relegated to scoring Twilight XIII: The Crows Sharpen Their Beaks On My Cheekbones or a similar cultural redundancy. Because he’s developed and refined his immersion in dance music (as both backward-looking historian and contemporary-thinking artist), Control has crafted his most confident and fully realized album. The next-gen electro-goths need a futurepop hero of their own, while the eldergoths need a fulcrum to make them vacate their self-imposed crypts, away from their faded VNV Nation and Covenant shirts. William Control is that very force.

“Where The Angels Burn”

This Slipknot song is still Corey Taylor’s favorite after all these...