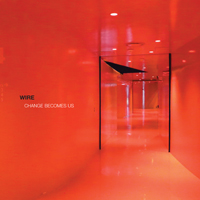 British art-punks Wire have been around in some configuration at various junctures for the better part of 30 years. While you would think they would just be grumpy old auteurs (or worse yet, succumb to making the same record an infinite number of times), they continue to exercise more craft in their work than newbies a third of their age. The album’s title alone seems to reveal everything: Change Becomes Us counteracts the boredom of 2011’s Red Barked Tree by offering atmospheres both arcane (“Time Lock Fog”), aggro (“Eels Sang,” “Stealth Of A Stork”) and sometimes from both camps simultaneously (“Attractive Space”), with a pop energy that’s positively life-affirming. In this century, Wire aren’t concerned with critic-approved relevance as they are maintaining standards. Listen and learn, friends.