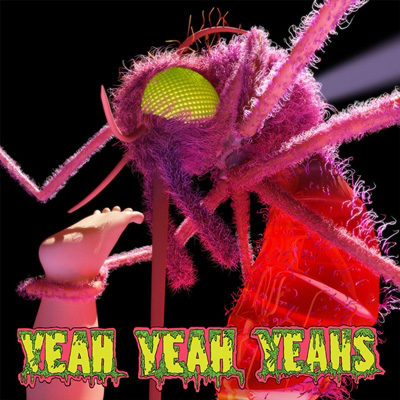 Karen O was the undisputed It Girl of the New York rock revival by the time Yeah Yeah Yeahs hit the streets with their first album, Fever To Tell, in 2003. A decade later, after taking four years off between releases, can the Yeahs reclaim their rightful place at the forefront of all things alternative? Well, it helps that the album they dropped before going away was It’s Blitz!, which was kind of awesome. But what ultimately matters is how vital they’ve managed to sound coming off of a break while pushing the experimental envelope in ways that go beyond a guest appearance by Kool Keith as Dr. Octagon on the highlight “Buried Alive” and the haunted clatter of a sampled subway train on “Subway.” It’s like they got their weird back after going in a slightly more accessible direction with It’s Blitz!, despite recording for the most part in the same location (Sonic Ranch in Texas) with the same producers, Nick Launay and TV On The Radio’s Dave Sitek (although the track with Kool Keith guesting was produced by James Murphy of LCD Soundsystem).

They set the tone on Mosquito with “Sacrilege,” which finds them bringing in a gospel choir a la the Rolling Stones’ “Gimme Shelter” and letting it bleed without abandoning the quirks that made them matter in the first place. Karen O’s vocal on that track explores her full range, from the vulnerable whispering of “Falling for a guy/Fell down from the sky” to higher-pitched yelps that sound like they were filtered through a bullhorn. The title track is where she really lets her freak flag fly on vocals—it definitely suits the vibe of a claustrophobic cut built on the riff to “Psycho Killer” by another generation’s pack of New York art-punk weirdos, Talking Heads. But it’s that vulnerable side that cuts the deepest, from the aching delivery of “I lost you on a subway car/Got caught without my metro card” through the girl-group-flavored “Always” to the introspective finale “Wedding Song” that could be “Maps 2013” without actually sounding like “Maps.” Starting that last song with a recording of birds cacophonously gathering outside the studio was a brilliant idea, by the way.