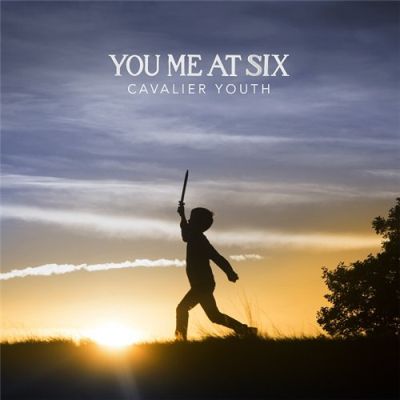 You Me At Six

You Me At Six probably would be the first to tell you their last album, Sinners Never Sleep, suffered from severe personality disorder. (Let’s be real: Shoehorning in mosh calls from the likes of Bring Me The Horizon’s Oli Sykes was never this band’s forte.) Instead, on Cavalier Youth, the English quintet have focused on where their future lies: as full-blown rock stars. Cavalier Youth topped the UK album chart upon release, proving that while You Me At Six might not have the star power in the States, they’re certainly a household name in their home country. As such, Cavalier Youth is brimming with the kind of rafter-reaching rock that’s tailor made for filling Wembley Arena, a venue the band are already familiar with.

Unfortunately, the whole thing feels a bit sterile and focus-grouped to death—and that’s before we get to the Hunger Games reference on “Win Some, Lose Some.” Outside of “Fresh Start Fever” (in all its “Thnks Fr Th Mmrs”-lite glory), you’ve heard most of this before on previous YMAS records. Sure, the hooks are more calibrated than ever before (“Lived A Lie,” most notably), but you get the sense the band were so preoccupied with the big picture, like how to graduate from Wembley Arena to Wembley Stadium, that some of the smaller details got lost along the way. It’s most evident in the lack of strong ballads; from a band who’ve turned out stunning slow-burners like “Crash” and “Fireworks,” the more down-tempo moments here seem downright pedestrian.

Ultimately, You Me At Six have certainly gotten better as songwriters in spots on Cavalier Youth (“Lived A Lie” is better than much of Sinners Never Sleep); the songs here are poised, and polished to new heights. They’re ultimately relatable and endearing enough, even though the most jaded of listeners will still roll their eyes at the smarmy nostalgia (“Too Young To Feel This Old”) and new-era YOLO sentimentality (“Carpe Diem”). Still, whether they’re truly interesting enough to make an impact on listeners is an entirely different discussion.

“Hope For The Best”