The Clique are known to be super-sleuths on top of their fervent fandom for twenty one pilots. So much so, in fact, that even the stock photo of a vulture that purportedly inspired the amber-hued fowl on the front of Trench was actually dug up and identified by some birdwatching TØP devotees on Reddit following the album’s release. See the image, below!

Is this the feathered creature of the cover of Trench?

Read more: Did the Chainsmokers copy twenty one pilots?

The bird's described as a "cinereous vulture (Aegypius monachus) with open wings" on Getty Images' iStock photography website, where the pic's filed among a collection of related shots from a photographer under the username of MriyaWildlife. And a quick wiki search turns up the cover-worthy animal's other monikers among wildlife enthusiasts: the black vulture, monk vulture, or Eurasian black vulture.

The bewinged beast in the shot certainly bears a striking resemblance to the vulture on Trench's album art. Is it the same one? Sound off with your thoughts in the comments section. Looks like the bird may be the word, after all! 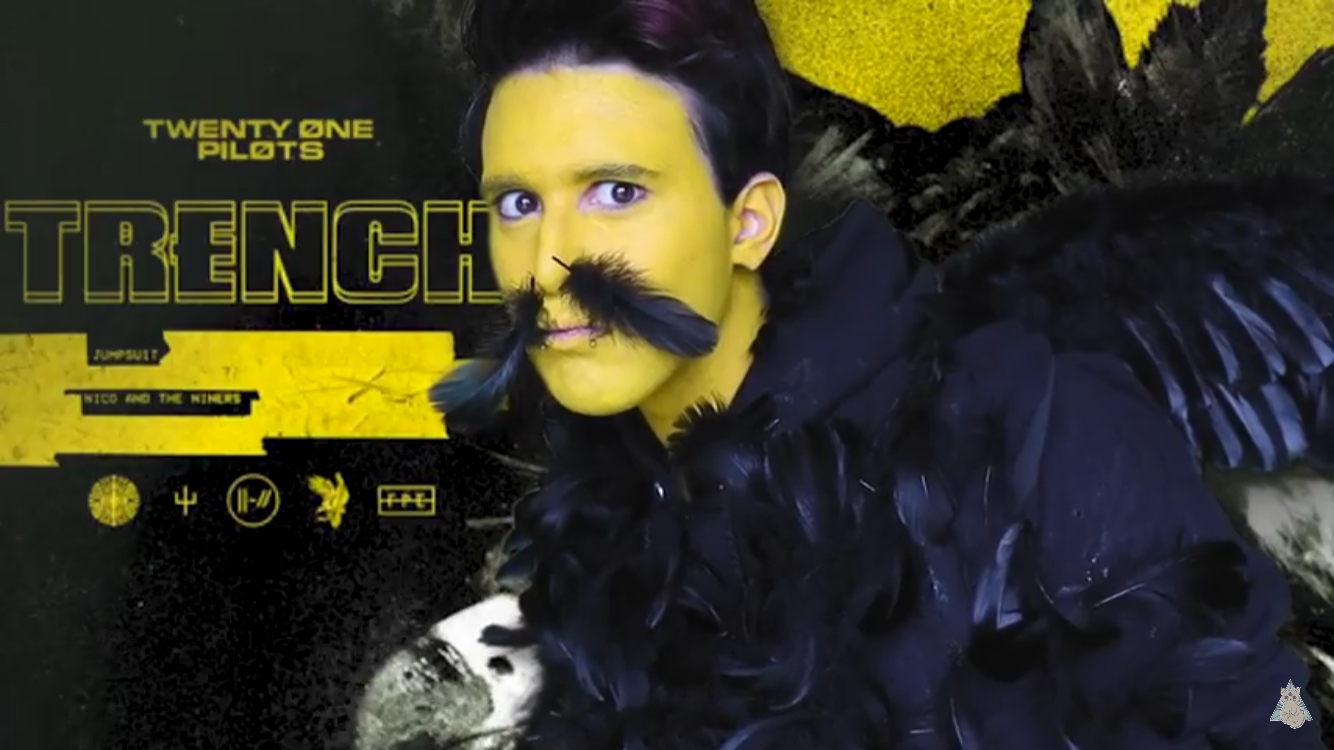 This article has been edited throughout.