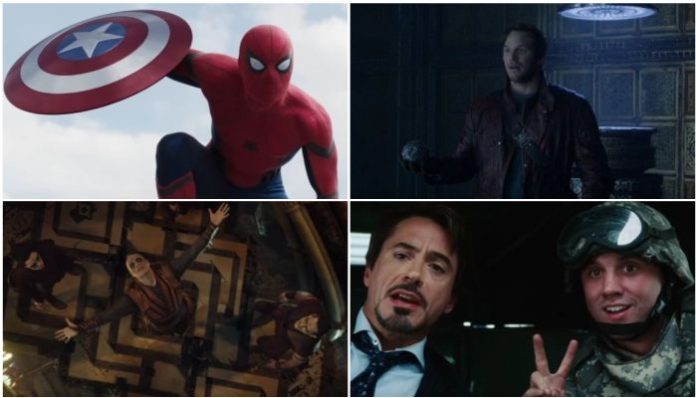 It’s been a very emotional year for the Marvel Cinematic Universe. With the unveiling of Phase 4 and the official end to the Infinity Saga, fans can’t help but get a little teary-eyed at the fate of some of our iconic superheroes.

While we gear up for the next era of highly anticipated releases such as Black Widow and Guardians Of The Galaxy 3, it’s time to wipe those tears from your eyes and put your Marvel movie knowledge to the test.

Can you identify some of Marvel’s most iconic movies from a single screenshot? Find out by taking our quiz below!

One forthcoming film has sparked a bit of a debate between Marvel and Disney. Deadpool fans have been a bit worried following the acquisition of Fox by Disney. After receiving confirmation that a third installment of the franchise was indeed on the way, rumors began to circulate if the film would keep its R-rating.

“Iger notes X-Men, Deadpool, Fantastic 4 are now under Marvel Studios chief Kevin Feige’s control. Hear from sources that there are debates about whether Deadpool can move seamlessly between R-rated solo outings and PG-13 rated MCU movies.”

So what does this mean exactly?

The forthcoming Deadpool 3 film and any further solo endeavors would be able to maintain their R-rating. However, when Deadpool hits the screen alongside the Avengers, he will be toned down to meet the more family-friendly rating.

While nothing has been confirmed, it is nice to see both sides working on a solid solution to please fans.