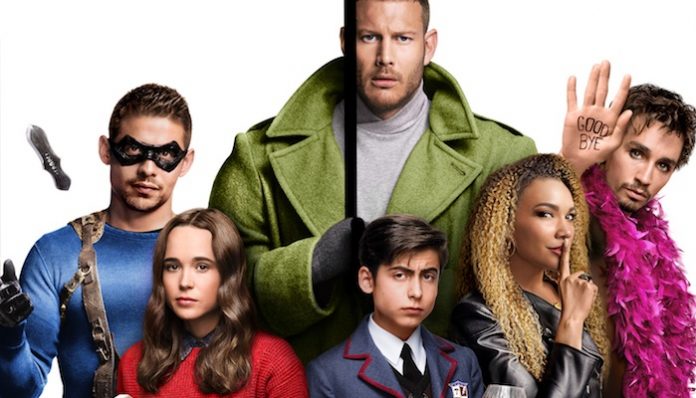 Gerard Way’s The Umbrella Academy is a must-watch Netflix series that’s full of intriguing and intense characters. On Oct. 1, 1989, 43 women around the world gave birth simultaneously. Of those 43, seven were adopted by Sir Reginald Hargreeves, uniting as the Umbrella Academy.

In honor of our favorite dysfunctional family’s birthday (and our love of music), see which character you connect with most. From the deadly assassin to the fearless leader, there’s at least one character we can all relate to. With so many characters to choose from, we’ve created a quiz to help you narrow down your choices and find out which UA character is your musical soulmate based on your taste in music.

Read more: Ryan Ross plays Panic! At The Disco deep cut for the first time since 2011

As for the Netflix show, it’s currently filming its second season. While we all know that film sets can be incredibly serious places, especially when filming, that didn’t stop Justin H. Min (Ben Hargreeves) from giving us a little behind-the-scenes action.

On The Umbrella Academy’s official Instagram page, Min is seen whispering about everyone else shooting right now. He then tells us he’s going to “give us a little BtS.” Just then, an alarm goes off on set, and he realizes they are shooting near him.

The rest of the post includes an array of pictures of the cast members on set. Check out the official post here.

The story will follow the two assassins who track down a rogue time agent who they work and “cross paths with a plot to discredit Christmas,” according to Dark Horse comics.

The one-off comic is co-written by Way and Scott Allie. It’s illustrated by Tommy Lee Edwards, who made one of the covers for the book. As for the other two covers, those were created by Bill Sienkiewicz and Jim Mahfood.

Hazel And Cha Cha Save Christmas: Tales From The Umbrella Academy will be available Nov. 20 for $4.99.