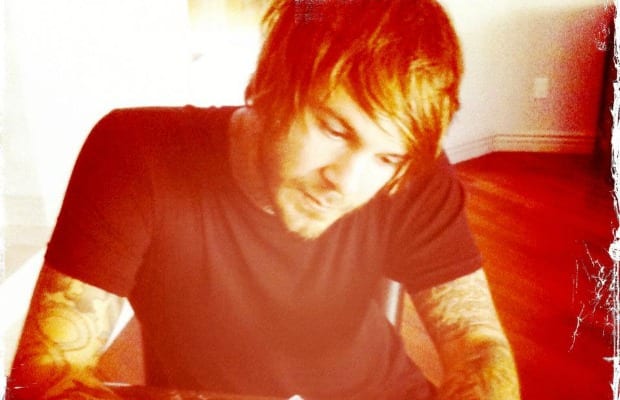 These days I see so many jaded musicians living amongst the world of rockers and it truly bums me out. It’s not that I had never seen these people before, as I grew up in the music scene of Flint, Michigan–where “jaded” is considered borderline positive. These musicians are jaded for a number of reasons, but let’s not focus on the negative. Let’s focus on why I personally vow to never become one of them, and why I believe you shouldn’t either. Why I consider myself to be living a dream life, and consider myself lucky enough to be living it each and every day.

My junior year of high school I had a friend named Chris who was an upper classman. We would ride around the back roads of Davison, Michigan in his maroon beater rocking The Ataris' “San Dimas High School Football Rules” (among many others), literally screaming along to every word in the car. Eight years later, this happens—I get invited to sing that very song with the Ataris at Warped Tour ‘09.

After driving around and listening to the music that made us who we were at the time, individuals among a crowd of kids begging to fit in… we would hang at his place and watch Kevin Smith movies–the entire collection, from Clerks to Mallrats & so on. Then, ten years later, this happens—I get to be in a movie with none other than Jay himself, Jason Mewes–who, by the way, is a super kind individual.

The point of this entire blog is not to brag, but to inspire. I see far too many jaded individuals, who I believe are much too young to be feeling this way. It’s not the new “cool.” So please don’t think that being an asshole, judging anyone else’s taste in music, or the music that these people create will get you anywhere in this world. You just look like that creepy boy or girl at the show in the corner with their arms crossed, pouting by yourself, whether you’re surrounded by others or not.

I’m just trying to share with you that I am living proof that a random, small town kid from Davison, Michigan with half the talent necessary to “make it” can make his dreams come true, simply by working hard, persevering, and most of all, not taking a single moment of it for granted. You don’t have to be the best at what you do, you just have to want it the most.

To quote a good friend of mine…

“The world is yours, what you waitin’ for, just grab it. And always be yourself homey, ‘cause ain’t nobody better at it.”

(Reprinted with permission from Owens' blog.)