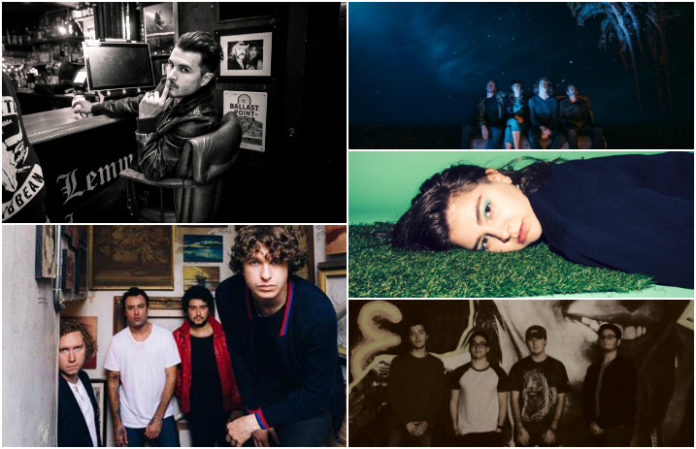 Michael Malarkey might be known for his role as Enzo on The Vampire Diaries, but he is set release his debut album, Mongrels, Sept. 8. Hear the raw title track off the record now.

The Kooks released a new video for their song “Broken Vow,” the second of two new tracks from their recently released The Best Of…So Far, a collection of their greatest hits to date.

Somme – “Holding Onto You”

Rising LA artist Somme has fans from some of the most notable names in music today—Hayley Williams of Paramore, Lynn Gunn of Pvris, and Lauren Mayberry of CHVRCHES—and she’s released her newest single, “Holding Onto You.”

XYLO debuted their boppy new music video for their song “Alive,” ahead of their spanning U.S. tour.

Los Angeles-based alternative artist DAVIS has premiered his new song, “Hello,” one of several tracks he’ll be debuting this year.