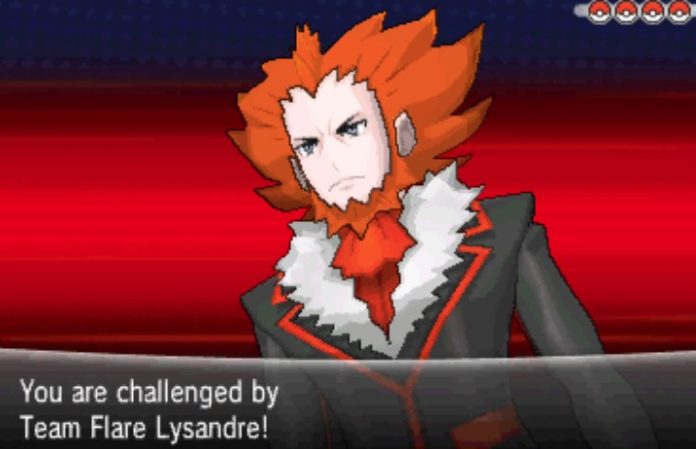 As many problems as villains create, it’s nearly impossible to have a great story without an enemy who can rise to the challenge. The list of great video games without a good antagonist is incredibly short—it doesn’t go much further than Grow Home, Harvest Moon and Goat Simulator. Bowser, Ganon, Sephiroth, Dr. Wily, etc. get a lot of time in the spotlight, so why not take a moment to appreciate some of the lesser-known, under-appreciated baddies who inhabit our consoles and PCs?

At least he looks good in a suit.

Giovanni and Team Rocket are the most popular Pokémon villains purely because they came first. The scope of their plot was so small in comparison to everyone who followed: Magma and Aqua wanted to trigger a global disaster to increase or decrease landmass; Galactic wanted to create a new universe; Plasma’s leader wants to “liberate” everyone else’s Pokémon so he’s the only one left with power before later trying to freeze the world; Flare, led by Lysandre, simply wants to eliminate all life on Earth. Now that’s a proper villain to put in a game targeted at consumers as young as five.

Even though the Golden Sun franchise never reached the same level of acclaim as the animated version of Avatar: The Last Airbender, it beat that series to the punch with a team of fire-wielding enemies picking fights with the protagonists at every turn. However, the biggest concern of the playable characters is the godlike Wise One who eventually—SPOILERS—transforms a few of the hero’s parents into the monstrous and powerful Doom Dragon that they need to kill to complete their quest and save the world.

This version of Hades never even slaughtered a village full of innocent people. What a softie.

Unlike the God Of War series, Iron Lore Entertainment put players on the same side of the fight as the residents of Mount Olympus. The Titans have returned to wreak havoc on the world of the living, and only you can stand in their way. While The Immortal Throne is a pseudo sequel/expansion pack, its plot revealed the true villain at the end of the game, Hades. Honestly, the God of the Underworld really needs to come up with a new plan—releasing the Titans didn’t work in the Disney universe, and it sure as hell won’t work here.

Ultima, the High Seraph, Final Fantasy Tactics: The War of the Lions

Hey, at least she looks friendly!

No Final Fantasy game is complete without a monstrous entity attempting to steal the life and soul of someone the main character loves. Back when there was an argument about whether Sony or Nintendo made the better handheld console, The War Of The Lions made a very strong case to put the PSP on top. It’s hard to argue, especially when the entire war was a plot orchestrated to resurrect the bloodthirsty monstrosity Ultima.

Even his mustache looks evil.

King Dedede gets a bad rap. Even though he causes a lot of problems for everyone’s favorite pink blob, recent games frequently put him in the same position as Princess Peach—kidnapped by the real baddie and held hostage until he can finally be rescued. In Planet Robobot, the kidnapper is none other than President Haltmann, an egomaniacal president of a company obsessed with covering everything he owns in gold.