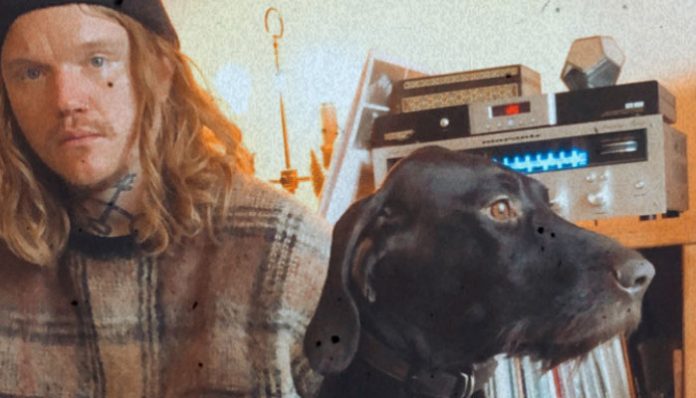 “Gosh, I went on my weekly grocery store [run] today,” Aaron Gillespie reports from his home in Salt Lake City. “It’s a scene, man. It’s just…crazy.” His tone conjures a vision of him shaking his head. “It’s more crowded than normal. I’ve never seen the stores this crowded. Most things you can’t buy. There’s bulletproof glass between the cashiers and the customers. Signs telling you to keep your 6 feet, Xs taped to the floor. It’s just wild.

“I grew up in Florida, so there’s always a hurricane season. There’s always a couple [of] weeks in Florida where the stores would be empty. But they stock right back up. I haven’t seen a cleaning product available in a month. This [is] like long-term that.”

There’s a couple of other things the Underoath drummer and founder of the Almost hasn’t seen before (besides a pandemic). Aaron Gillespie is a down-to-earth guy who’s very much grounded in reality. He’s been working on music for both bands along with a serious amount of fan engagement. The experience has left him with a new resonance about the importance of art and culture. Especially when people can’t celebrate it together.

Aaron Gillespie spoke with Jason Pettigrew about musical projects, fan engagement and the stark realizations he’s coping with. Oh, and a scary Pomeranian in his neighborhood.

How are you holding up? What’s it like where you are?

I live in Salt Lake City now, and I think the people don’t take it as seriously as they do on the coasts. I go outside to run or ride a bike, and the roads are just packed. My wife is 30 weeks pregnant and hasn’t left the house since the end of February. My 8-year-old son hasn’t left the house since late February, only if it’s to go from his mother’s house to my house. When he was really young, he had asthma, so we’re being really careful.

Read more: Aaron Gillespie is at the height of his powers on new Almost LP

I know when I go to the grocery store, I know to wear gloves and wash my hands and not be an asshole. But people not taking it seriously is what’s really scary.

What are you doing personally to cope?

I’ve been writing and working, man. A lot of work producing for other people. I opened a Big Cartel store, just for custom songs for people. I shut down all the serious stuff and started doing things for fans. I’ve been mixing some things, and I just finished a record for a band I’m not allowed to talk about yet.

I have been writing songs with AJ [Perdomo], the singer from the Dangerous Summer. That dude is such a talent. We’ve been doing a little virtual writing. I’ve been working on some session stuff with producer Matt Squire [and] playing drums for tracks he needs drums on. I brought half my studio into my basement. But that’s been hard because I have an 8-year-old who is bored out of his skull. So recording in the house because he’s like [yelling], “Let’s go outside!” “Let’s build a fort!”

I built a new hi-fi cabinet for my stereo and my vinyl collection. My wife alphabetized our entire collection. So I’ve been having a couple glasses of wine and listening to records at night. I found some stuff I didn’t know I had, like an At The Drive-In test pressing.

Nice. Have you done any virtual practicing with Underoath?

The Underoath guys got together [online] early on and were kicking around some ideas, but it’s all been put on hold. We have 12 kids between the six of us, so none of us are associating with each other. When you have kids, you have to be so careful.

I had heard we were going to do some virtual practicing. Much like everyone else, we’ve been playing defense with this whole thing for our business’ sake. We have a lot of people who work for us, and we have a lot of mouths to feed. We’re wondering if our summer tour is going to get canceled. No one knows. There’s a lot of unknowns right now. We’re pumping the brakes. But I’m sure we’ll get something going soon.

You mentioned the fan engagement activity on your Big Cartel store. What’s that like?

It’s cool. I’ve been handwriting lyrics for people. It’s really busy and super-cool. Spencer [Chamberlain, Underoath frontman] did one, too. You get to talk to fans and give them something tangible, and it keeps you busy. [Laughs.] It’s a weird time.

I’ve been going live on Instagram just for fun. It’s hard: I would love to give fans more content. But putting stuff behind a paywall is interesting right now. Does it make sense? I don’t know. But I think it’s great how artists can fan-engage. But at the same time, people don’t have jobs. Our governor here in Utah told people they don’t have to pay their rent if they can’t, [and] you won’t be evicted. It’s really strange. [Underoath] haven’t pulled any triggers on doing anything 100% yet because we haven’t been able to agree on what that would be. Do you want us to show a rehearsal or a writing session? We haven’t been able to agree on what makes sense. It’s hard. I don’t think anybody knows what to do.

Read more: Can you guess this Underoath video from a single screenshot?

I think the fan engagement route is important. I bet when Aaron Gillespie is on Instagram, the vibe is like, “I don’t have anything to say. I’m just glad to see you doing stuff.”

Oh, totally. I’d go live sometimes. I’ll have a glass of wine, play a record and then pick up a guitar and play some songs. Some nights there will be 15-1,600 people watching the thing. I’ll go on unannounced because most people are just holding their phones. And they say things like, “Thanks for doing this.”

As a musician, I have a hard time thinking that in a time of crisis, people need this. I have a hard time accepting the fact people need something that I can offer at a time like this. That’s not to discredit the things I’ve made. It’s hard sometimes to wrap your brain around the fact that someone wants to consume something you’ve made at a time when they might not even have a job.

That says something about the need for art in our world. There are some things people can’t get from a pill or Netflix. Maybe you just need to hear that one song that will pull you out from what you’re feeling that you can hang on to for dear life.

You and I see that. You collect records, and you’re a nerd like I am. You’re right. There is that, but it’s hard for me to wrap my brain around that anything I wrote was good enough to do that for someone else.

Read more: 10 scene records that should have easily won a Grammy.

The older I’ve gotten, it’s harder for me to accept the fact that the music me and my friends made is important to people still. When I was younger, I took it for granted. “This is my life, you know? We write dope-ass shit, whatever.” I was just honest with people and myself. I made some stuff that I was proud of, and I made some stuff that I’m not proud of. And some of that stuff is important to a lot of people. And that sometimes is fucking weird, man—when you really break that down and what that means. Somebody today is listening to a song you wrote, and it’s helping them through something. Be it this strange-ass thing that’s going on or something completely unrelated. And I’m grateful for that.

Are you currently seeing a greater consciousness about art and people’s reaction to it? As opposed to, say, somebody displeased with Erase Me?

I haven’t seen a single negative thing said about any of the art that me and my friends made since this started. When people are afraid, you tend to not be as vitriolic as you might be when you aren’t afraid. [Laughs.] Then again, I don’t know why that is. I don’t think everybody has that trait to be kinder when they’re afraid.

I feel like every day is Groundhog Day. The kind of day where everyone is experiencing their own shit. I’ve got a wild card: My wife is 30 weeks pregnant, and I’m fucking terrified. You’re supposed to have normal doctor’s appointments, which she won’t go to because she’s afraid to go to the hospital. I have an 8-year-old son, and his mom is an ER nurse. So he’s quarantined with me instead of being with her. I think everyone has a certain story in their lives right now that levels the playing field. Nobody has a superior stance. Everybody’s in the same place.

So is the semi-solitude working for you artistically?

I have creative OCD. Some people can make a record on a desert island, and it can be great. I’d rather make an album in New York City than Montana. I like to get inspired by someone yelling something at me that I might think about later. I’ve had luck making stuff here, but it’s not where I like to create. I like the chaos part of creation. A group of people talking over each other. I like that feeling more than I like that introverted thing. I find that when I’m feeling introverted, I want to listen to music, if that makes sense. That’s how I fill up the tank: a glass of wine and a bunch of records.

Creatively, is there one subject you want to avoid?

For me, the one thing I think is delicate for me to write about is fear. It’s hard for me to do that and do it honestly. It’s easy to say “This sucks,” or “I don’t like this.” It’s another thing to say “I don’t know what the outcome is.” I couldn’t be genuine about it because it’s a really scary thing for me to be writing about. I don’t trust myself to do it.

Indeed. Aaron Gillespie will play more records and have another glass of wine. And be there for people when you can.

Listening to music. Making the music that I can. Hanging out with people on the internet and playing fetch with my dog. Apparently I found out this morning that a Pomeranian has COVID-19. Now I gotta make sure my dog stays in the fucking yard.