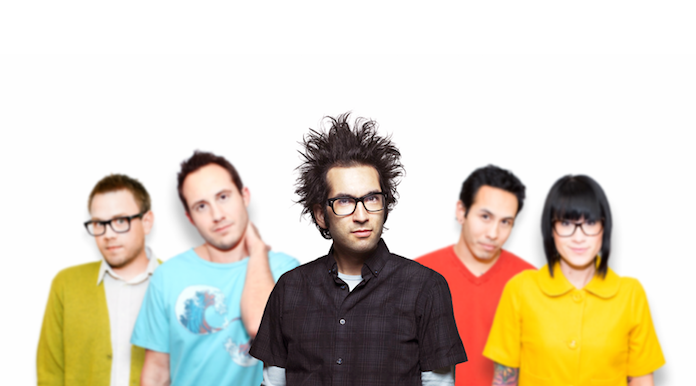 San Diego emo contingent Anakin are readying a series of five singles to be released over the next 12 months. The first in the series, @-1, will feature former Motion City Soundtrack frontman Justin Pierre taking lead vocals on the song “Spaced-Out.” The B-side is a cover of “California,” by the Rentals, the band formed by former Weezer bassist Matt Sharp.

READ MORE: Taking Back Sunday’s Adam Lazzara on shaking the shackles of nostalgia

“‘Spaced-Out’ is really just about my lifelong battle with severe anxiety and somewhat mild paranoia,” Anakin drummer Brad Chancellor says about the song. “I was officially diagnosed in 2015 and was able to get on meds to help right my brain. I’m finally feeling like I’m taking back control of my life after all those years of living in a shell of myself.”

The series of five singles will feature an original Anakin song paired with a cover version of a band who were a significant influence to the group. They will be available digitally, with physical copies made available later in the year.

“At the end of 2017, I wrote ‘Spaced-Out’ and sent the demo to Justin, asking if he wanted to do something on it with us,” Chancellor says. “He was stoked on it and ended up tracking all lead vocals for the choruses earlier this year.”

Chancellor is a friend of Pierre’s childhood buddy Tommy Rehbein, his foil in the band Farewell Continental. A huge fan, Pierre lent his support to the band both via Kickstarter and through spreading the word about them to various industry contacts.

“At that time, Anakin were really just getting started, and Motion City Soundtrack were already gigantic and had a lot going on,” Chancellor says. “I kept in touch with both Justin and Josh Cain from MCS in the years following. We almost made a tour together happen in 2016, but it never materialized, and then shortly after MCS broke up. Throughout those five years we had always been trying to make something happen together whether it be touring together or releasing something together.”

The series of five singles will feature an original Anakin song paired with a cover version of a band who were a significant influence to the group. They will be available digitally, with physical copies made available later in the year.