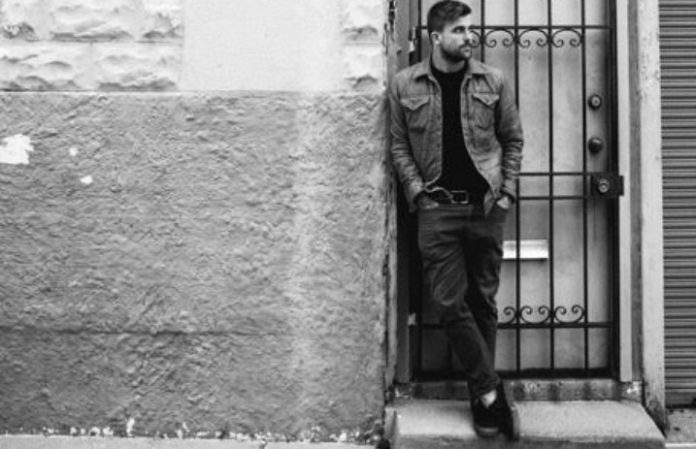 Anthony Green is all set on drama, thanks. At 34 years old, and after more than a decade fronting Circa Survive (sometimes Saosin, too), he’s seen and/or caused enough of it. So when he finds himself home in Doylestown, Pennsylvania, he mostly goes on adventures with his wife and three sons, plays music with his closest friends and maybe, just maybe takes a bike ride. Occasionally, he finds time to swing by Will Yip’s studio, pour his soul into a batch of intensely confessional songs—like those on his upcoming fourth solo album Pixie Queen—then maybe squeeze in that bike ride after. We spoke to Green on the phone a few hours after he finished the first rehearsal for his upcoming tour and, perhaps more dramatically, after finally getting the kids to bed.

Really, really good. We got lucky. I think we have the most beautiful kids that ever existed. They make it easy for us, and I love hanging out with them. I get to take them on tour a lot of the time, so we're experiencing all this cool stuff together. I tend to write about whatever important stuff is going on in my life, and they’re the most important things that ever happened to me. And Meredith is the fucking best mom ever. We’re growing together and learning. And we have another one on the way. I think I’m the happiest I’ve ever been.

Are you home more than you used to be?

Not really. It’s hard to say. I kind of took a year off from Circa, but then I ended up touring with Saosin. I’d love to be home all the time, but I know I need to keep making music and go on the road—not just for my own mental health, but because it's my job. My other job is being a dad and taking care of these dudes, and both things require 100 percent of my attention. So it's like a very delicate tango where I’m constantly switching back and forth between partners and trying to kind of “Mrs. Doubtfire” them into not knowing the other exists.

You don’t often hear “Mrs. Doubtfire” as a verb.

Have you been pulling it off?

I definitely try. But my kids are pretty fucking smart.

Last time we spoke, Circa were about to release Descensus, and you were just a few months out of rehab. How have things been on that front?

Things have been great. I haven’t messed up once. I’ve been clean the whole time. I’m loving my shit. I try to stay mentally and physically healthy. It makes me feel good, then I make better music, then I make more money, then I can have better times with my family. That’s literally all I do—I make music and hang out with my family and friends.

Do you feel an obligation to be more self-destructive for work?

Now more than ever, I want to conserve all my energy and all of myself so I can be fully present for the things I love, whether that’s being with my family or making music. Being destructive definitely has its place in my life and it always will, but I feel like now I'm a little smarter about it and can apply it where it belongs. For me, that’s usually onstage—or just playing music alone by myself.

Is that how you wrote Pixie Queen?

Some of it. There’s a bunch of stuff I’ve been putting together over the last couple years, and there’s a bunch I had ideas for in the studio, then worked out with Will Yip.

How important has he turned out to be in your life?

Oh, man. He's like my main dude. He's like my producer, you know? I think for a long time, I thought that you’re supposed to go around, try a bunch of producers, go with one guy, then try another one… But when I met Will, I just had a really good vibe with him, and I didn’t even realize what an amazing producer he was. We just kind of worked together and vibed together slowly. It just kind of happened.

[Laughs.] Yeah, it's yet another commitment in my life.

Maybe that’s why you were always so frustrated with yourself in the past. Maybe you were just in denial that you’re super-monogamous?

That’s it! I just wanted one thing the whole time. [Laughs.] Nah, that’s not true. I’ll always want like a hundred things. But that’s something Will actually really helps me with—focusing in on things and finding cohesion in the music.

When you were touring for Avalon, you and Good Old War would spend the entire trip singing in the van with one guy on acoustic guitar. Pixie Queen sounds a lot like that.

That’s amazing to hear, man, because the whole record was intended to sound exactly like that. I've been trying to capture that specific sound forever—especially on my solo albums—and I think I was always really off the mark. This is the first solo album I’ve done completely sober, and it’s the first one that isn’t all over the place. Avalon, Beautiful Things and Young Legs all have songs that are wild and they’re kind of scattered. One song would be sort of bluesy, one would be reggae-ish and one would be electronic or something. I love doing that, but I wanted this album to be cohesive. I think there’s basically one theme about relationships, and then it’s all acoustic guitar, drums and singing. I think it finally sounds how I sort of thought it would sound.

Would you change anything about the path you took to get here?

Not a thing. All the problems I’ve had and continue to have in my life are fucking serious lessons that I'm incredibly grateful for. They’re all opportunities for me to learn and grow and become more familiar with what makes me feel pain, what makes me feel happy. Those are the things everyone needs to grow, and there’s nothing special about my problems. Now I welcome pain—it gives everything around it purpose. Life is going to happen whether or not I lose my shit, and it’s all beautiful. There’s no bad without good. Life has a way of balancing itself out when you're not trying to control it all the time. alt