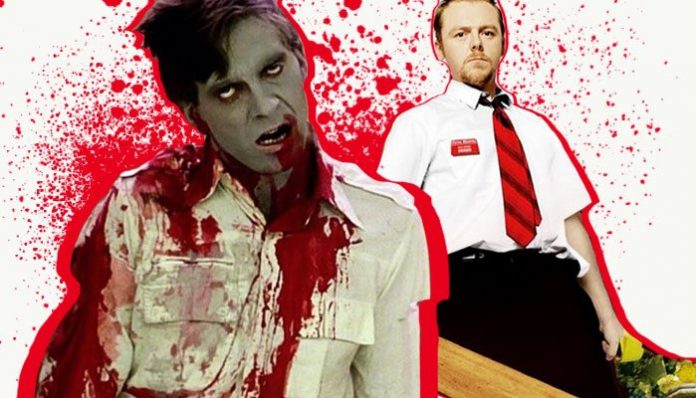 Everyone has thought about how they would handle living in a zombie apocalypse at some point in time. It’s so ingrained in our consciousness from the number of beloved films on the topic released over the years. Sure, The Walking Dead did a great job of making zombies hugely marketable in entertainment but they’ve been around for decades in film.

Take a look below for the ten best zombie flicks of all time.

The absolute best zombie movie to ever exist is indisputably Dawn Of The Dead. The film’s legacy inspired the genre to become a main component of horror films. Its story has all of the hallmarks of what makes a good zombie film now. Every zombie-related form of entertainment gets compared to the original Dawn Of The Dead in some sort of way because it’s the definitive zombie apocalypse story.

The beginning of George Romero’s Of The Dead series deserves praise for shocking people back in the ’60s. It marked the beginning of the zombie being a mainstream aspect of horror. It’s incredibly terrifying to watch due to its black and white aesthetic creating a darker, hard to see look at the dead walking towards the film’s characters.

While most focus on the slow-moving zombies, 28 Days Later went for a more realistic situation with terrifyingly fast zombies. The film did a fantastic job of reshaping how we think of this staple within horror in the modern era. It spawned a great sequel, 28 Weeks Later, and talks of continuing the series long after the first movie.

Read more: Here’s all of the horror movies to terrify you on Shudder in April

Based loosely on H.P. Lovecraft’s novel Herbert West-Reanimator, this film is a fast-paced comedic take on the classic story of a medical student learning how to reanimate bodies while fighting with a doctor over getting credit for the new invention. Re-Animator has achieved status as a cult classic and for good reason, as its dry humor helps push through the obviously gory scenes throughout the film.

Easily the funniest zombie film of all time, Shaun Of The Dead took all of the hilarious cliches of the zombie apocalypse and embraced them. The movie feels much closer to how people today would actually handle a zombie apocalypse instead of the overly-serious tone of so many zombie flicks while also paying homage to some of the definitive films that created these creatures.

Read more: The best and worst weapons to wield in the zombie apocalypse

This 1943 film brings in a different perspective to the zombie genre opting for the old school zombie idea of voodoo instead of some sort of virus re-awakening the dead. I Walked With A Zombie is easily one of the most important zombie voodoo stories around and did a fantastic job of showing the hysterical fears revolving around voodoo that were much more prevalent back in the early 1900s.

Widely considered the very first feature length zombie film, White Zombie plays on the fears of voodoo rituals and is a bit different from most zombie flicks in that the creatures aren’t really dead people so much as being controlled through magic potions. The acting from famed horror star Bela Lugosi isn’t his best and received a good amount of flack when it was released in 1932 but is incredibly crucial to understand how far zombie movies have come since their inception.

Horror comedies can be really hit or miss, and while Zombieland could have been just another comedy with a zombie aesthetic thrown over top, it achieves a really great story without becoming too gimmicky. The movie was so good that fan requests for a sequel continued for a decade before they bit the bullet and listened to what people with Zombieland: Double Tap in 2019.

REC marked one of the biggest and earliest successes within the found-footage subgenre of horror and has a really scary yet simple story. As a reporter and cameraman get locked in an apartment building housing sick people who start showing murderous tendencies, they end up on a journey of piecing together what’s happening with the residents as everyone is slowly infected. As long as you can deal with watching the film with subtitles or learning Spanish, REC is a must-see for any zombie fan.

Found footage horror films are really creative if done well, and Diary Of The Dead found a great way to bring some of the scare to zombies again by making you feel like you’re experiencing the terror with the characters. The film feels very real in its interactions between characters and has some really cool voice cameos from Stephen King, Quentin Tarantino, Wes Craven and more. Unlike The Blair Witch Project’s shaky filming, George Romero opted for a cinematographer to do the shooting to make the film have that realistic feel while still looking professional and easy to follow.