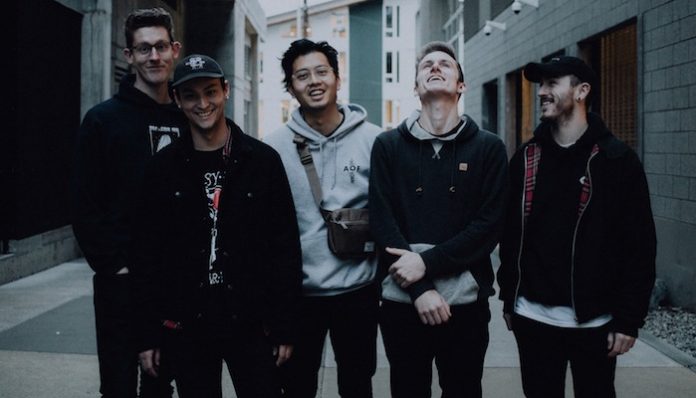 Hang on, where are we? Southern California? Eastern Pennsylvania? How about none of the above? Chief State are a high-energy pop-punk quintet hailing from Vancouver, British Columbia, who are tighter than a rich relative and as posi as your older siblings’ mangled youth-core records. Today, AltPress is premiering the video for “Reprise,” a track from their impending album, Tough Love, coming in late March on Mutant League Records.

“‘Reprise’ was written about a situation where I felt like I couldn’t help someone I loved,” vocalist Fraser Simpson says. “The metaphor of running ’round in circles and being trapped in a loop is not only how I felt about this person, but subsequently the situation I found myself in recently. It’s ironic that this song has flipped on me, but it has been a tough year, personally. I hope it helps others realize that going in circles and expecting different results is never the answer—no matter what the question is.”

Read more: Green Day’s ‘Father Of All…’ set the rules, you just move to them

Apparently Simpson’s backstory duly impressed director Mike Millan, who had the band set up in a circle, plug in and go. It’s obvious that Chief State—Simpson, vocalists/guitarists Justin Pham and Nik Pang, bassist Joe Soderholm and drummer Chris Kavanagh—know when to step on the gas and when to ease into the breakdown. Now you might get a little dizzy from the rotating camera angles. We like to think you’re getting light-headed being swooped into the band’s pop-punk jetstream.

Tough Love comes out March 27 on Mutant League. You can preorder a copy of it for your very own purposes right here. Meantime, hold on to your device tightly and pogo in place to “Reprise” below.