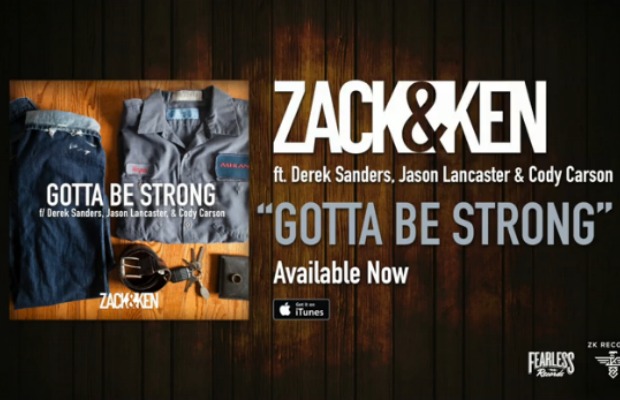 Jason Lancaster (formerly of Go Radio and Mayday Parade), Derek Sanders (Mayday Parade), and Cody Carson (Set It Off) have teamed up for this new song, “Gotta Be Strong,” produced by Zack Odom & Kenneth Mount.

Need I say how great it is to see former bandmates Derek and Jason working together? Check it out below, and let us know your thoughts!

“'Gotta Be Strong' started out originally as a song written about Zack's dad who had passed away. Since then, it has turned into a gathering of voices for Fathers Day including Derek Sanders, Jason Lancaster, and Cody Carson. Everyone involved in this project has either lost a Dad or is a Dad now. And for most, both is the case. We are hoping to draw attention and give weight to the idea of great Fathers that are seeking to make their family's lives better, as well as support their son's or daughter's pursuit of passions and dreams.”